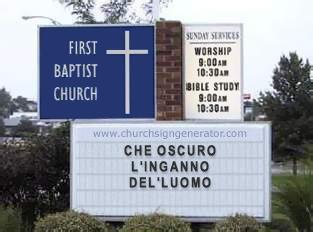 Went to see The DaVinci Code. Loved it. I've read the book three times, so it was more a matter of straightening my referents. And confirming/finding out new things: The Louvre is astounding. Paris is the most beautiful city on earth. The French sound hot even when swearing. I love thrillers. American are among the lamest people ever. Tom Hanks in still hot. Audrey Tatou is ethereal. I want to travel to Europe.

All in all, it was a great weekend. I went to Pittsburgh on Friday, we went to see TDVC and then to dinner (loved the little corner restaurant Chris took us to. Very Pittsburgh). I can't believe there were people picketing other movie theaters. I would like to see something like that. It's so surreal to think that in one of the most powerful and advanced countries in the world people would behave like that. Picketing because they feel that someone would think for themselves outside of the dogmatic teachings of religious zealotry and actually look for information on a topic? SHOCKING.

One of the things I cannot stand in organized religion is the inherent premise that the followers are easily lead 'the wrong way'. How could a movie, based on a work of fiction (historical novels, are they called) would cause anyone to leave their little church and plunge into the corrupt lifestyle (everything is a lifestyle here in the U.S.) of the 'liberals'.

Silly. And fearful. Not of God, mind you, because these people fear most everything: progress, knowledge, science, modernism, differences. And they hate everything they fear. Smarmy ministers lead their sheep into hate and bigotry. And they think they're going to heaven. The sole selfish notion that THEY are going to be saved and not the OTHERS condemns them right away to eternal damnation and they are not able to see it. Pathetic.

I think hell is other people. The bigots, the zealots, the haters, the monsters of selfishness that try to anihilate in the name of a God anything that does not conform to their view of the world. I pity them.