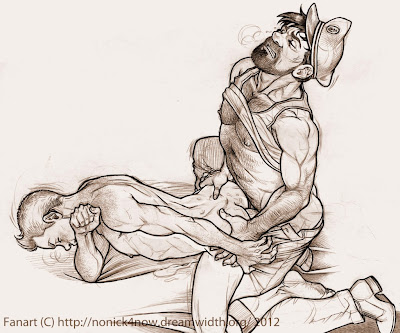 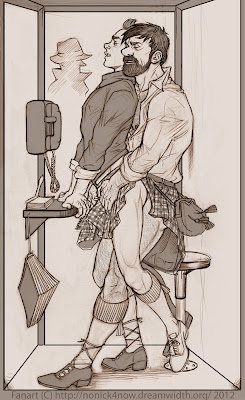 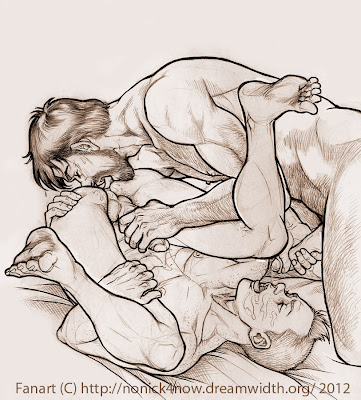 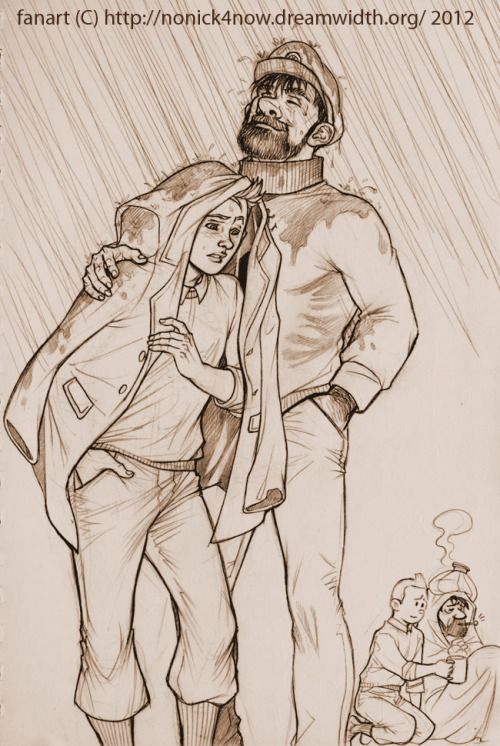 I got into Tintin many, many years ago, when I was a student at the Alliance Francaise. Our teacher (Mme Vincent, who ruled the classroom with a perfectly manicured iron fist) asked us to choose from several comic books and graphic novels she brought to class to create a project. We would have to pick one that we thought we would enjoy. And I choose Tintin. Asterix seemed fun too, but Tintin seemed just very cool. At first read, the intrepid reporter and his adventures called my attention and I was immediately drawn to it. I was out of my teens but had always loved comics and the fact that it was in French helped me make those grammar-translation-oriented lessons much more entertaining. Tintin traveled the world with his doggie and got into all kinds of adventures, but it was the relationship between Tintin and captain Haddock that caught my eye.

By that time I have had already what I'd call a training-wheels relationship with another man and was beginning to explore erotica more in detail (I discovered Tom of Finland through Honcho, go figure) and that kind of gave me another prism through which I could look at other things. So I started thinking that it would be awesome for Tintin and the captain to get it on. How I got to that conclusion? I have no idea. But I imagine we start superimposing our desires on things that for others may seem mundane. When there are no queer models to follow, we invent our own.

I thought it was a match made in heaven. The adventurous and athletic Tintin and the gruff, older captain. Yep. That rang a bell. It was not until much, much, later that I discovered that I was not the only one who thought about that (duh). As gaylings, I think we look for those clues that tell us that we are not alone, that there's others like us out there. And where else could we look for that than in our favorite readings? So even though I moved on to more explicit erotica, I always kept this idea that Tintin and the Captain were an item and how that relationship would translate to the paper.

So here I am. going down the rabbit hole online (not that it is anything new, mind you), and finding all these fantastic drawings where those ideas become more tangible. It seems that my long ago fantasy has at last become true.