"Fellow trans women and transfeminine people told me to “tone it down,” and not “draw so much attention to myself” with my style. The idea here was that being trans meant I was already made into a spectacle and I shouldn’t give people more of a reason to gawk at me. Cisgender women told me that if I “wanted to be read as a woman” I should probably start dressing like one; several went so far as to offer me links to more “appropriate” clothing — by which they meant clothes that would conceal my broad shoulders, cover my hairy chest, emphasize my curves."

For the binary-comforming cisgenender gay man there's no struggle. A 'normal' gay will just throw on some GAP shirt and some Levi's and go his merry way. Not a care in his mind. Some even take pride in their  no-high-maintenance routine. But for gender non-conforming or non-binary guys every day is a struggle. It kinds of reminds me of the stories LGBTQ people from the fifties tell: you needed to have ONE piece of clothing conforming with your birth gender or they'd take you in the paddy wagon to spend the night in a cell.

That is, not mentioning the pressures gender non-conforming people receive from LGBTQ people AND straight cisgender people all the time. It's an avalanche of disapproval that would flatten even the most confident person. When people who supposedly belong to your tribe still tells you that you're 'too much' of anything, the pressure can become crushing. And when the patriarchal ideal of which traits of masculinity or femininity one should be spousing is the rule, there's little it won't criticize. The patriarchy is alive and kicking.

Fifty years after Stonewall, people like Alok or Jamee could still get beaten up or spat on (like it happened to Jamee) just because of their gender expression. People are very afraid of the feminine that's not feminine enough and mock and despise what they don't deem masculine enough (and therefore feminine):

"I don’t think it’s straight men who gravitate towards him but rather closeted men who still think they’re supposed to be attracted to femininity. maybe openly gay men don’t because, well, they know that they like men."


“There have been many moments where I've entertained the idea of transitioning. That's been interesting because I don't necessarily want to be a woman. I think there are just certain attributes that I like. Before I had facial hair, I would shave everyday. I even entertained the idea of getting facial feminization surgery because I wanted less masculine features… I never felt like gay men really saw me. They never took an interest in the feminine energy that I was expressing and owning, but straight men always gravitated towards me. I developed several connected friendships and relationships with straight guys to the point where they would often tell me, 'I like you, I love you, but you're not a woman.' All of that is very confusing. So I was like, 'Well, maybe it would make more sense to be a woman. Am I a woman?' I have all this feminine energy. When I eventually embraced this masculine part of myself, it allowed me to see that femininity wasn't so much of an outward thing… it comes from within and I could still be femme and have this facial hair. Now, when I see myself with the facial hair, and I put on mascara or glitter on my eyes or put on the lip, it's like ‘wow, this is really sexy.’ I can't describe the feeling. It's just so, ‘wow’...” Jamee Jones in our NEW video series, Getting Dressed, An Act of Self Love is LIVE now on YouTube 💥LINK IN BIO 💥#iamwhatsunderneath #theselfacceptancerevolution #lgbtq #pride
A post shared by StyleLikeU (@stylelikeu) on Jun 27, 2019 at 7:35am PDT

Just being themselves will get them in trouble. They're either 'too much' of something or 'too little' of something else. Other people's idea of the binary does not let them live or be themselves. Notice that Jamee thought at one point that  they could even need feminization surgery to make them appear more appealing to OTHERS. Alok is constantly chided because they don't appear more masculine (or feminine) and they need to erase themselves in order to make others more comfortable. Can you imagine that? That you cannot be YOU just to please and appease everybody around you? 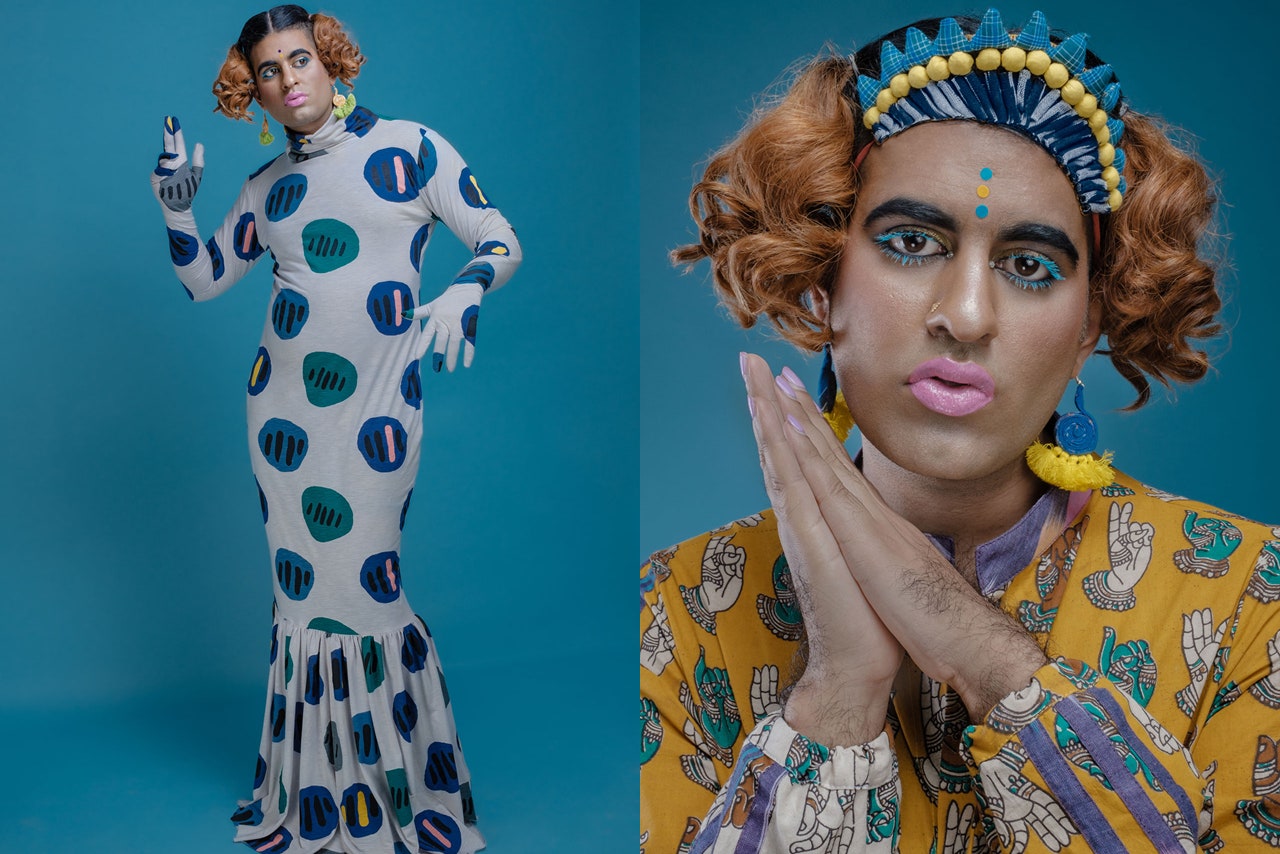 So next time we think we need to 'look better' or that our pants don't fit right, we better think that some people could be beaten up just because they decided to wear print pants or a skirt and some glitter. Fitting Privilege. Passing Privilege, some of us do have it.