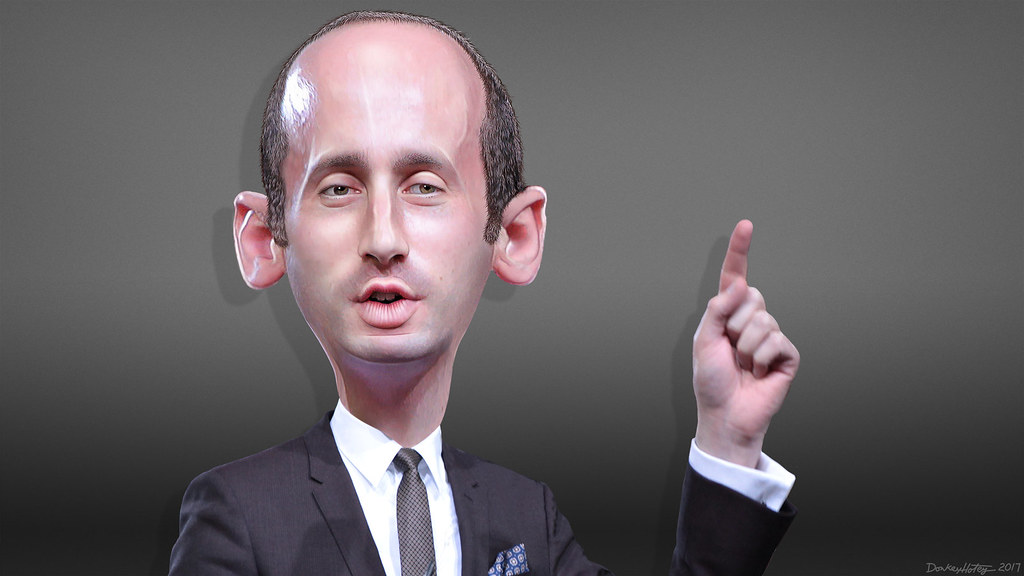 Stephen Miller, Cheeto's adviser, is the perfect Kapo: he's a Jewish man crafting neo-nazi policy for a racist president. Miller, who has all the charm of Hannibal Lecter and the supercilious manner of a New York sewer rat eating a slice of pizza outside a Metro station, has pushed the most cruel, xenophobic and racist policies in a cruel, racist and xenophobic presidency.

He basically pushed white supremacist talking points to Breitbart editors in order to influence the tone of their report, as a trove of emails has just demonstrated. And he was successful. The level of sadistic policies pushed by this administration is something seldom seen in American politics. Of course, now it is almost a daily occurrence that the president is pushing conspiracy theories and repeating debunked republican talking points to instill fear in his followers and being of course, successful, because the trumpanzees believe what they want to believe. White anxiety, amiright?


Many of the people in DACA, no longer very young, are far from “angels.” Some are very tough, hardened criminals. President Obama said he had no legal right to sign order, but would anyway. If Supreme Court remedies with overturn, a deal will be made with Dems for them to stay!
— Unfollow Trump (@UnfollowTrump) November 12, 2019

I have said before and I will say it again: I do not do politics here because I get too emotional and the fuckery gets to me and there's people who do it much better. But I wanted to bring your attention to this video by Beau, who as usual, nails it. And this time it concerns the lives of almost half a million people, who will be affected by the sadistic policies of this administration. So go ahead and watch it. And then get ready to vote, because these motherfuckers will only go out if they're voted out. The republicans are enjoying the power that Cheeto gave them too much to let go of him, and the only way to end this regime of terror is by voting blue.