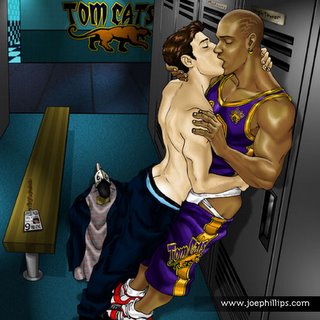 Well, went to see 'Something New'. I have always been curious about the reactions people have about biracial couples. To be the land of the free, the United States is pretty uptight about seeing two different skin colors together. Even more when those two skin colors get really close. So when I saw the previews to the movie, I decided I wanted to see it. It was also subverting the usual scheme of white-girl-black-boy so common in other movies like Jungle. It was more of a Zebrahead business kind of thing (have ever since had a thing for Michael Rappaport, but that's another story).
I liked seeing the other side of the coin: the struggles the upper-class, educated black folks have when they date outside of what is spected from them. Because of the 'black tax' -that black folks have to work twice as hard as anybody else to demonstrate society at large that they are 'worthy' of trust and to be considered capable of doing most anything- many educated black people apparently feel the double pressure of living in a mostly-white environment day to day and fighting this stereotype among several others.
Of course, being the movies, the man is totally gorgeous and he's a landscaper (and I would not mind in the least him taking care of my garden AND my backyard!) and the woman is very, very beautiful. The twist comes in that is he who loosens her up. He who is the one with the nature-vibe, the easy-going, laid-back attitude. She's so laced-up that it's almost painful to watch.
But it should be difficult to conform and be up to the attitudes and expectations that your circle has of you. The burden of being black and successful should be really really heavy. The male here is also the one who brings solace and peace to the more stressed-out female ( a role usually assigned to exotic cuties than to rugged outdoorsmen). I have to say that I thought it did take some courage for her to step out of her self-imposed boundaries and accept that she just plainly wanted to be with the white guy (even though Blair Underwood was a pretty irressistible temptation) and totally defy conventions by bringing him back to the cotillion dance in full Mariachi grab.
I have somehow felt that when dating someone of a different race is also an issue sometimes when you are dating other men. In America, given that dating someone of your own gender is subversive enough, the added spice of an interracial affair is something some guys are just not willing to afford. Oh, I know that many caucasian guys date outside their race, but it's usually in a highly fetishized way. Because the 'otherness' of their partners/boyfriends/fuck buddies is what gets them going. That liberating force of considering 'the other' to be more sexual/liberated/desirable that one's ethnic peers.
What they do not take into account is that it is usually other totally different culture what they're marrying/fucking. Some of these relatioinships stay skin-deep and develop very fragile interactions and standings. When the varnish of 'newness' and the exotic call of the 'otherness' wear out, these relationships really need work because what in any other relationship would be the end of the honeymoon, for us it becomes culture shock. Like moving to a foreign country overnight: you can speak the language but the words do not make sense, you are hungry, but the food is somehow alien and the smells and flavours you encounter need to be negotiated because they can become nauseating.
For many of the -many? few?- men who like to get their swirl on and for those of us who like to ski the slopes, the whole experience is well, a trip. Complete with stop-overs, lost luggage and weird on-board food. With awkward moments and dizzying excitement. I don't know if our relationships become us or we become our relationships, but I have to say that it's become an issue for me only lately. Funny, how you have to leave your country to suddenly discovering that you are not who you thought you were.
But that's all part of the fun. Isn't it?
Cheers.
Email Post