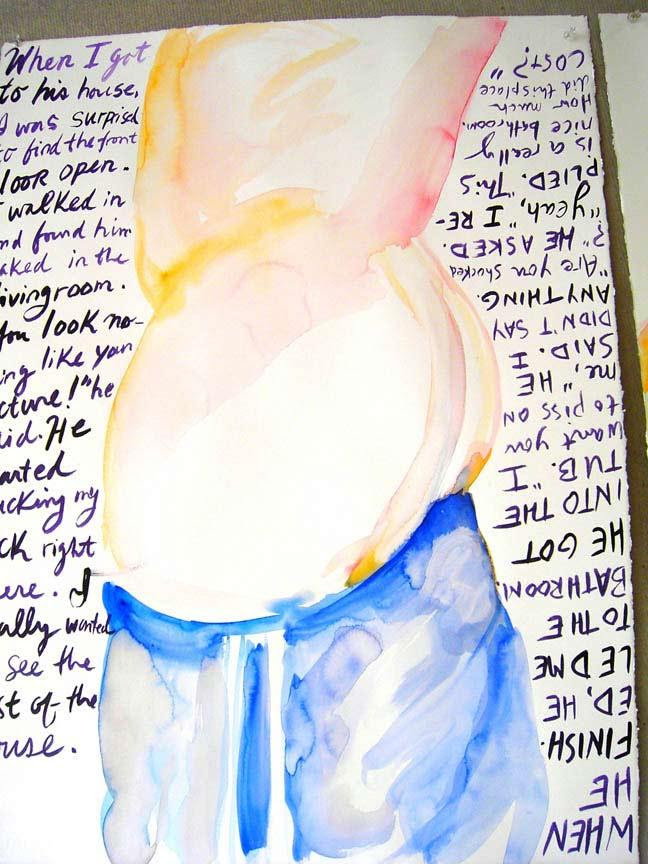 This is the Home of the Brave and the Land of the Free. Unless you step on somebody's toes or tell what's on your mind. Or bring sex into the equation. It's a nation so obsessed with sex and any kind of sexual expression that it's almost ridiculous. The mental Puritan straightjacket that half the population carry around all their lives is the most stifling thing I've ever seen. No expression is free of this tainting. Take the use of language, for example, here jokes and old men are dirty whereas in other languages they'd be 'green' for example. And take art: an exposition was recently dismantled in NY only because the name of the (evil, mean) vice-president (from hell) was in it. How dared they? And it was GAY. The horror!

This country is shrowed in hypocrisy and a lame political correctness that sometimes amuses me and sometimes annoys the hell out of me. Everything is sexual (not sensual, mind you) and people are in a quasi-constant state of alertness concerning anything that may be sordid, different and well, sexual. It never leaves their minds, not even when they're being all pious and are in church, thumping through their trusted bibles. And they are ready to make it all political, counting in advance how they can profit from the bruhaha that will -for sure- ensue.

I find Americans to be the most easily aroused human beings on earth (well, I have not had contact with Muslims, but given that they take religion to extremes, it was not surpising to read that the word SEX is the most googled word in Islamic countries) and more easily scared by whatever it is they're feeling than any other people. Magazines -both for men and for women- whine and cry over commitment, intimacy and all that. But keep pushing their little agendas. BE attractive. Hook him/her in. Lose those pounds. Learn to suck dick/eat pussy. Go to the gym. Don't be too forward. Don't talk about politics. Don't appear to be a sult. But make sure they want you. What the fuck?

Everything here is political and tinged with a repressed sexuality that makes many things sick to start from: from the writings of the Wicked Witch of the Reich, Ann Coulter -gosh, I hate her- who sits with a journalist and talks about the 'lefties' and the 'liberals' and how she's gotten laid lately -with that face like a racehorse, the legs she tries to showcase in the photo accompanying the piece should be open wide to warranty some fun, at least for the guy- in which she complains about everybody and everything that does not follow that Puritan tradition. To this censoring of art in the name of respect. They are basically depriving people of speaking their mind -somebody should do something about Coulter, for God's sake!- Only thing is they forget to mention that the show in question had to do with -gasp!- SEX. There is no freedom when sex or politics enter in the equation. Only the status quo. And at this moment it is the conservatives. Have they ever left? I think that even the most liberals of the lefties have been indoctrinated into that Puritan stifling way of thinking. Only very few have escaped it. And they're outcasts in the eyes of the neocons. So much for compassionate conservatism.

The bullies in power (and right now those are the neocon minions of the religios reich -as in Hitler-, who have kidnapped the Bible and are using it, like Green Day says, to deliver a bullet) do not want to be ridiculed or talked about. And anything touching the -God forbid- president or the vice-president is off limits. Even Cheney's stupid, self-hating, ugly and dellusional bitch of a daughter says in Time magazine that she is all with her daddy in his decisions. Poor stupid cow. That's the way internalized homophobia and blind self-hatred are justified and politicized. She's professing alliance to a man who has made hate for gay people -and the sexual part of nature they represent- part of the political discourse and law in this country.