On fairy tales and politics... 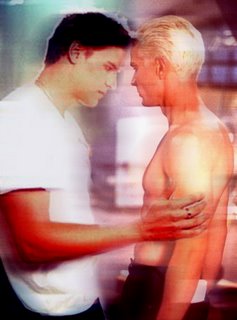 This is not my quote. I actually found it in www.perezhilton.com in a post aout comments made by Sir Ian McKellen about the fictionality of The Da Vinci Code:

I went to a religious school and our Chaplain told us that the Bible was a work of fiction meant to help guide a community's behavior and explain the world as they could understand it at that time. We also studied how the Bible was written, meaning we read original source material and looked at how stories were changed, combined and edited to achieve specific social and political goals. If you study the Bible at all you would understand that it is man-made and manipulated. Through all of this our Chaplain maintained that what is important about the Bible is the basic lessons that are taught such as putting the good of your community above yourself, respecting people despite being different from you, etc- not that it's the Word of God or literally happened. Personally, I am Agnostic and I try to respect others opinions and beliefs, but I am so tired of people who claim to follow the Bible and yet do not understand it beyond the dogmatic/fascist lessons that some preacher has drilled into them. If you truly believe in Jesus learn to be a little tolerant of people who disagree with you. Every day I'm told that I have to respect Christians' religious views and yet when do they ever respect my view that Heaven and Hell don't exist and who knows if there really is a god or not- and who cares? I don't lie, steal or treat people badly- but I do engage in pre-marital sex, think it's totally cool to be gay, and I don't pray to God- am I going to Hell? I doubt it. If God does exist, I think those first in line for his wrath would be those who spread intolerance, hatred, and wars in foreign countries all in His name. Atheists don't start wars but religious fanatics do.