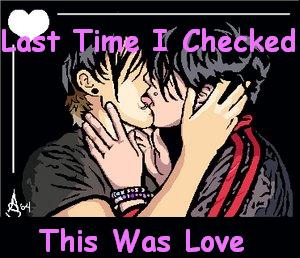 Thank you.
Thanks for the book. I have just finished reading it and I’m somewhere over the United States. Outside, I can see one of the plane’s wing and some weird orange color scraping it. I can also see the sun that is slowly going away, forming a little white, blue and reddish line. After all, we’re moving four hours ahead. And even though I know I’ll have to wait until I land and get to my office on Monday to post this, I’m writing.

I had to stop twice while I was finishing your novel. Because from now on, this is going to be your novel, you know? I had actually thought of getting it from the library, but I gave in to a book about the misconception of religion as a weapon. And then you brought it to my office. And that was really cool of you. For a moment it seemed that you were the same boy with bubblegum mouth I remember from time to time.

And I had not gotten it because you see, I’m a closet geek and I love those weird, quasi-academic books that usually give me ammunition to shot down the occasional idiot wingnut. But I am also an incurable, Bovarian romantic who cannot help but want to cry when he reads that a boy takes pictures to tell another boy how he feels, or that a boy makes paper flowers to cover his boy’s locker with a garden of ‘sorry’.

Loved the book. And I have the crazy idea that what I just read may be the reason that keeps you jumping from one boy to the next. Always looking, always waiting to write the three letters, in order to write back that one invented word that is going to tell your boy that you forgive him for whatever misdeed he made happen.

Funny, how thinking about all this in a plane, with the day dying outside and me hanging six thousand feet over the ground make everything feel enveloped in Novocain. I feel surreal, all thought, just coming from a city that does not exist for the mere fact that is made up. A garden in the desert created with sprinklers. Buildings invoking faraway fantasy places made of plaster and colors that betray their artificiality, yet so conniving that when you are there can’t help but blink and do double takes every seven seconds.

It was a whole new experience, this trip to Vegas. The bed was heavenly and the room very Pottery Barn, but nevertheless, very illuminating. I learned that I love my job, that I work with people who appreciate me, that I do not want to work anyplace else and that I’m in the right track intellectually. Funny, isn’t it? that you could learn all that in Sin City, surrounded by slot machines and cards with half-naked girls smiling from their bare-breasted, provocative $50 licentiousness.

I didn’t even go out. I met an old acquaintance and made new ones there, but the time zone and my secret desire to be alone got the best of me and at midnight I was back to my pumpkin, in that big white bed, victim of four hours difference and indifference towards the idea of the big gay club. I spent two nights in Vegas and did not go out dancing with the perfectly coiffed, perfectly dressed and beautiful hordes. I stayed in bed and took time to be with myself. And I liked it. It was a good trip after all. And that’s good enough. Don’t you think, Babyboy?

Now, if I could only remember what your schedule is so I can take that book back to you…
Email Post