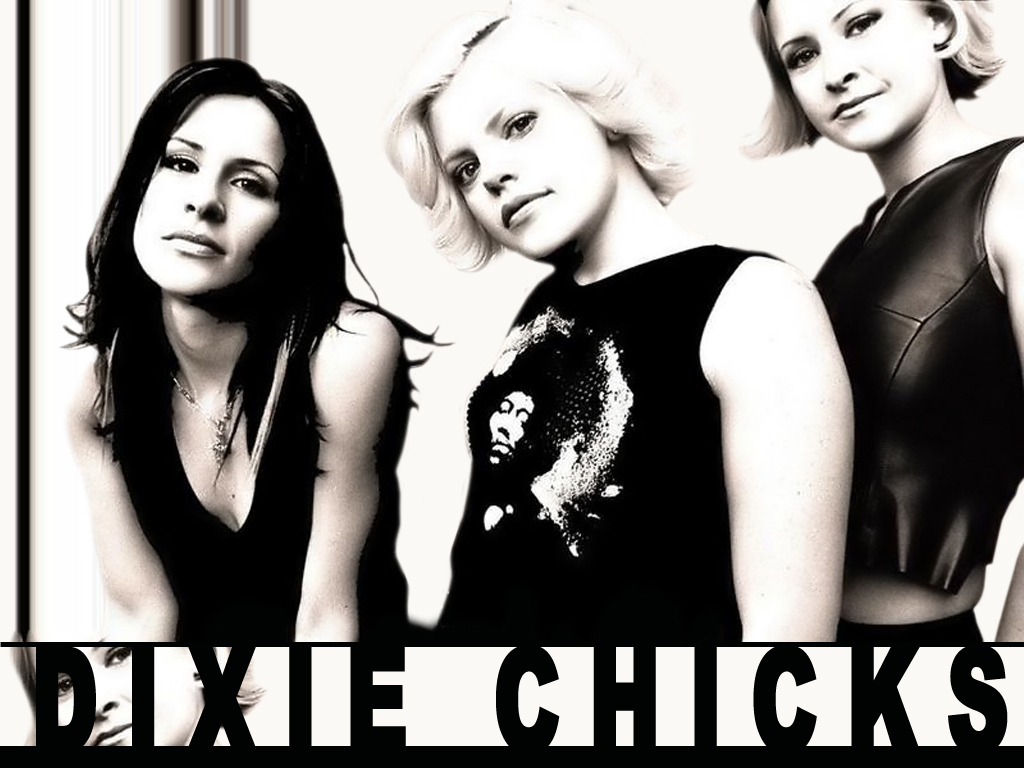 While going through my daily dose of blogs (Towleroad, Pam's House Blend, Americablog, PerezHilton... yes, I do PerezHilton just for the laughs) I found this in Perezzizzle's site.
That's the bitchiest, skankiest, slimiest catfest blog in the 'net. The posters apparently come from all walks of life, but mostly uneducated, ignorant, backward neocon no-lifers I've ever seen. In the Dixie Chicks post (he posted that they had won five Grammy awards, blah, blah, blah) people went on and on about the Chicks being unpatriotic, ugly, the whole nine yards.
I guess those were the same people who just a few years ago copied their hairstyles and bought their CDs with shaking hands, waiting for someone to re-affirm them in their backward, country-redneck ways. But now the Chicks are the enemy. Why? They think. And they talk. And that's a no-no in Bushland.
But one poster actually did something quite cool: they (the name was Angelina, but this is the internet, after all, and you know shit about who writes on these posts) posted a series of quotes of several people, most US presidents and the current one, too. I was fascinated. Take a gander:

"To announce that there must be no criticism of the president, or that we are to stand by the president, right or wrong, is not only unpatriotic and servile, but is morally treasonable to the American public." (1918)

YOU KNOW....I COULDN'T STAND HIS FATHER BUT AT LEAST HE WAS LITERATE!!

One of the great things about books is sometimes there are some fantastic pictures.

It's clearly a budget. It's got a lot of numbers in it.

Too many good docs are getting out of business. Too many OB/GYN's aren't able to practice their, their love with women all across this country.

I glance at the headlines just to kind of get a flavor for what's moving. I rarely read the stories, and get briefed by people who are probably read the news themselves. (September 21, 2003)

IS THIS THE KIND OF PRESIDENT WE SHOULD BE DEFENDING?

9/11 MADE EVERYONE PISS SCARED TO TAKE A STAND AGAINST THE ADMINISTRATION. lOYALTY TO ONES COUNTRY AND PEOPLE IS ONE THING, LOYALTY TO A LEADER IS QUITE ANOTHER.
EVERYONE REVIEW THE PLEDGE OF ALLEGEANCE...NO WHERE DOES IT SAY ALLEGEANCE TO THE PRESIDENT.
AND "UNDER GOD" WASN'T ADDED UNTIL THE 1950'S BY A POWER HUNGRY SENATOR.

The peace and welfare of this and coming generations of Americans will be secure only as we cling to the watchword of true patriotism: "Our country -- when right to be kept right; when wrong to be put right."

We must not confuse dissent with disloyalty. When the loyal opposition dies, I think the soul of America dies with it.

Patriotism is your conviction that this country is superior to all others because you were born in it.

I do not mean to exclude altogether the idea of patriotism. I know it exists, and I know it has done much in the present contest. But I will venture to assert, that a great and lasting war can never be supported on this principle alone. It must be aided by a prospect of interest, or some reward.

I love America more than any other country in this world, and, exactly for this reason, I insist on the right to criticize her perpetually.

If you want a symbolic gesture, don't burn the flag; wash it.

Patriotism is the last refuge of the scoundrel.

When fascism comes to America, it will be wrapped in the flag and carrying the cross.

Patriotism is proud of a country's virtues and eager to correct its deficiencies; it also acknowledges the legitimate patriotism of other countries, with their own specific virtues. The pride of nationalism, however, trumpets its country's virtues and denies its deficiencies, while it is contemptuous toward the virtues of other countries. It wants to be, and proclaims itself to be, "the greatest," but greatness is not required of a country; only goodness is.

Restriction of free thought and free speech is the most dangerous of all subversions. It is the one un-American act that could most easily defeat us.

It's incredible how blind some people can be in this country. Afraid of change, much? I guess so. It's a good ol' boys' club set in their good ol' ways. It's incredible how blind they are to the commander in chief's idiocy. Or maybe they feel secure and represented because he's just like them? An ignorant bully? Pity. Because the world is seeing the rot behind the brilliant smile. And they will be the last to notice that there's no Listerine to block the smell.
Email Post