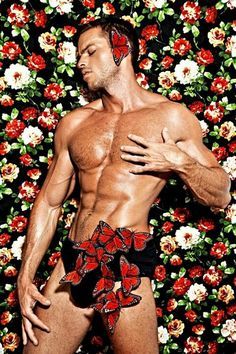 The butterfly effect, first described by Lorenz at the December 1972 meeting of the American Association for the Advancement of Science in Washington, D.C., vividly illustrates the essential idea of chaos theory. In a 1963 paper for the New York Academy of Sciences, Lorenz had quoted an unnamed meteorologist's assertion that, if chaos theory were true, a single flap of a single seagull's wings would be enough to change the course of all future weather systems on the earth. By the time of the 1972 meeting, he had examined and refined that idea for his talk, "Predictability: Does the Flap of a Butterfly's Wings in Brazil set off a Tornado in Texas?" The example of such a small system as a butterfly being responsible for creating such a large and distant system as a tornado in Texas illustrates the impossibility of making predictions for complex systems; despite the fact that these are determined by underlying conditions, precisely what those conditions are can never be sufficiently articulated to allow long-range predictions.

Funny, how things usually go. I have just managed to get over a very moronic attachment to a guy who definitely does not deserve any kind of attention and at the same time make someone who is sensitive, caring and very nice feel bad. Oh well. Live and learn.
The idea that one single action on my part could have changed the outcome kept running in my mind. I could have done just one single thing differently and the whole thing would have happened in a totally different way. But I didn't.
And I've realized I'm glad. Somehow I'm glad I have realized how really wrong I was to spend time and energy nurturing a 'relationship' with someone who definitely does not deserve any time or energy dedicated to him: he's plainly not worth it. Full of ennui and with a bleak outlook to most everything, he's probably destined to a very boring and unfulfilled future (really, nothing good can come from an emotionally barren person with a 'woe is me' attitude and bitterness towards any kind of happiness in others such as this little piece has).

But what really gets me is that deconstructing some moments I have just lived I've come to realize that so much could have been so different if just one or two things would have been let out that I feel like a fool. My first reaction has lately been to not include him on anything related to me personally. I have not listened to it. I have been surely fooling myself. But there's not much to do now. I've decided it's time to start anew and even though if the one friendship was mangled, I think that making up my mind about this other person is enough to consider the whole thing a good learning experience. Momentary chaos may end up bringing something good to my life after all.

Something good because I have hopefully learned to be less sanguine and emotional and because I have managed to shake that feeling I had that I had not given him enough 'opportunities' to become a 'friend'. He would have first to learn what that word means (no, it's not just 'hanging out' and getting drunk or smoking pot or sporadically making contact with another person for an impromptu talk every year or so) and that is something that may take years. If it ever happens at all . Maybe it's not meant to be. He appears to be emotionally barren, probably due to a combination of personality and environment and there's very little that can be done about that. He may mimic well other people's feelings and emotions and go through the motions and appear to be emotionally available and trick somebody into believing he's alive but I know better. He dwells (comfortably) in his own made up world, always making it much brighter and less dreary than it really is and that's good enough for him. All the while trying to make other people feel bad about feeling good and living and only coming alive for drama. Maybe he can only relate to what he knows. So I'm moving on and as far as possible from his nefarious influence as I can.

And that feels good. Now, if I could only do something about that other friend....I'm paying attention to that fluttering of wings next time.
Email Post