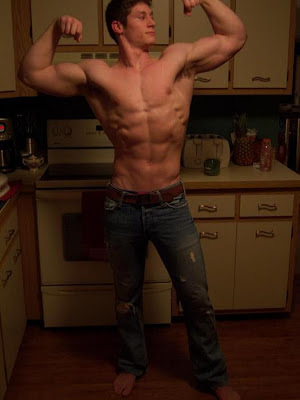 The Urban Dictionary (one of my favorites) defines Mojo as:

Mojo
N.
1. Self-confidence, Self-assuredness. As in basis for belief in ones self in a situation. Esp. I context of contest or display of skill such as sexual advances or going into battle.
2. Good luck fetish / charm to bolster confidence.
3. ability to bounce back from a debilitating trauma and negative attitude

Well, I am in therapy for depression (that is so fucking easy to say in cyberspace) and I am doing therapy with a shrink four times a week for THREE FUCKING HOURS every day. And this is group therapy, mind you. It's actually cool. I'm three inches away from becoming total BFFs with some people there. After three weeks of sharing all my shit with them (and them with me) they actually feel like old friends. Group therapy should be encouraged for couples. You learn more about a person in three group therapy sessions than in six years.

OK on to the Mojo. Well, therapy is the first step, but I have seen the shrink totally circling me like a vulture and I KNOW that he'll pounce between tomorrow and Thursday. It's my last week, you see, and now they will decide what medication I need (I'm depressed and that's supposed to be an illness) and I do not want to take any.

One of the side effects of any depression medicine is that you gain weight. I know. And as if that were not terrible enough, YOU LOSE YOUR MOJO. Paxil, Prozac, Zoloft etc. totally fuck with your libido. I should know. You see, years ago I dated (and moved in with) a guy who seemed Mr. Right (as opposed to Mr. Right Now): gentle, caring, funny, and single. He was really cool at the beginning and we totally got along well. When he was taking his medication. Only drawback? He was on anti-depression medicine and when he stopped taking it (sex was a no-no when he was on them) I rubbed him raw and we had to break up. I know. It was totally my fault. We never talked about our pasts and he never told me he had been on therapy for years (his mother died when he was young, his father was a priest, he was an obese child, total drama and more issues than Rolling Stone, you get the picture).

The point is, he was fine while he took his medicine because he could cope with life and relationships and all that. But he could not fuck me. At all. He just wanted to eat junk food and post online personals behind my back. But that's another story. So I'm afraid my libido is going to go to hell if I go on any kind of medication for my depression. And sex is something I don't think I'm ready to give up. And I don't want to gain weight. Not to mention that I don't want to have a bottle of Zoloft or Prozac around the house. I may get in one of my horrible 'down' funks and dawn the whole damn thing with a bottle of Chablis.

Oh well. So sex. So I don't want to be in medication that is going to kill my sex drive and make me fat. But I don't want to be depressed. And it's apparently and almost a necessity to take medication when you are fucking depressed. I'd rather stay with my group for years and stuff. Like an alcoholic, I'd say: "Hi, I'm X and I'm depressed" every time someone new would come into the group. But that's not possible. I'll be just in a 'upkeep' group that meets once a week. But that would not affect my brain chemistry (when all the shit takes place) and that is what makes me depressed at times and fucks up my coping strategies.

Note: Nope, that's not me in the picture. I kind of wish. But no. The dude comes from Dudesnude. That never ending cornucopia of hotness.
Email Post
Labels: depression life sex stuff.