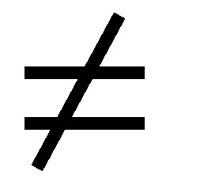 The following is a short story written by Morgan Aitken-Young, winner of the 8-12 Young Voices of America contest. Aitken-Young actually knows what she's writing about: she has two mothers. The high school senior wrote a story spanning a person's life and dealing with discrimination, bullying and homophobia. Very touching. Highly recommended.
At this moment in this country, when an intolerant candidate who has sold his soul to the religious right for four years of power, could leave a wingnut a heartbeat away from the presidency, this gives a little hope.
Take a look:

Childhood
She has blond pigtails and muddy feet, strong legs and torn clothing from wild adventures. She tries to explain to her friends, but they ask so many questions that don’t make any sense.
“Is your daddy picking you up today?”
“I don’t have a dad.”
“Why not?”
“Because I have two moms.”
“Two moms? Like a step mom?”
“No, just two moms.”
“Like an aunt?”
“No.”
“Did your parents get divorced?”
“No.”
“How did they have you?”
“Oh well - ”
“But really, who is your real mom?”
“They both are.”
“I don’t understand.”
They leave the issue alone and go back to the tire swing, climb the trees and live life together content with being different and not understanding.


Youth
She is in seventh grade, and a new boy transfers into her class. He comes from public school, he dresses with low slung black jeans and has long messy hair and heavily lidded eyes. From his cruel mouth, she first hears the word faggot. Unable to understand the hate and malice of this little word at the age of 13, she laughs it off with the rest of her peers. Oh, he calls that boy a faggot, that must be bad. That is as far as her understanding extends. She does not associate this word with her parents, she does not even consider what the meaning of the word is or who it is putting down, much less that it relates so personally to her life. The boy learns that she has two moms, one day in the library he addresses her as so:
Dyke.
What does that word mean? She has no idea.


Adolescence
She sits doing her homework, one of her moms comes in with a cup of her favorite tea. The girl smiles, relishing the sweet scent of jasmine and the greatly needed caffeine. She tries to stay focused, but a quick phone call from her best friend has turned into an hour and a half therapy session. Her best friend’s parents are getting divorced and her friend is not taking it well.
“Mom?” her mom turns around in the doorway, eyebrows raised. “Why did her parents get divorced? They were so in love for seventeen years.”
“I know sweetie, its complicated,” her mom wears a small, wise smile. “But they were just not meant to be. Some marriages don’t work out, especially when they are based on the wrong things.”
“What do you mean?”
“Well, finding a love that lasts is hard to do, and when its based on superficial things it tends not to last. Your mother and I always say true love is based on who you love, not what you love. If you love someone, it doesn’t matter - for example - what they look like, what skin color they have, all those prejudices disappear if you really love someone for the person they are. But most marriages are not based on that kind of love, unfortunately.”
“Are you and mama married?”
“No.”
“Why not?”
“We explained it to you when you were younger, remember? Its not legal for gay people to get married.”
“Well that’s dumb!”
Her mother laughs softly and kisses her forehead.
“That’s the way it is.”


Teens
She is in high school, a freshman overwhelmed by grades and social matters like what to wear and who to hang out with. A realization permeates her mind as she sits one day in religion class, staring into space as a projector spits images of sculptures upon the wall. Maybe the posters on the walls remind the students how much pain words cause, and the word respect floats around on neon green paper like a vapor they get so used to seeing they forget what it means. But among the students, among those popular girls and jock boys, the rich and beautiful upper class kids of a stuck up city, a little bubble almost like a different world, the freedom of love will never be accepted between two people of the same gender.
“Ew, she dresses like a lesbian.” The whisper has a new potency the girl has never noticed, a malicious intent sheathed in a case of misunderstanding and youthful innocence.
“Stop being so homosexual.” The comment floats to the front of her mind, it had been from English class that day.
“He’s the gay one, the other is the normal one.” Words spoken in description of a movie.
“Faggot.” That word. She wonders who else hears what it really means?


Young Adulthood
She leans back in her chair and gulps water, exhausted from all the dancing. The bride and groom sway romantically to the classic voice of Nat “King” Cole. It is a picturesque wedding, a huge billowing white tent set up on a low hill just above the gorgeous Hawaii beach. With the scent of Plumerias in the air, the cool wine and cool breeze, accompanied by the overwhelming presence of proudly declared true love makes the whole night unforgettable. Next to the young woman at the table is her best friend Anne from college, and with Anne is her partner Julie. Anne and Julie have lived together for three years, as happy in love as the straight couple currently dancing in the lull of ignorance of all other presence, all other distraction or need. Simply dancing. Reveling in their love for one another. The young woman sees the pain in her best friend’s eyes.
“I want all this,” Anne whispers to her partner. Julie takes her hand.
“We can have all this,” Julie murmurs.
“No we can’t,” Anne shakes her head. “We can’t.”
They sit there holding hands, watching the newlyweds hold each other on the dance floor.

Adulthood
She now lives happily with a husband and two kids, a 4 year old girl and a 5 month old baby boy. She goes to visit her best friend Anne in the hospital because Anne has just had a baby of her own. When she gets to the hospital she finds Anne holding a tiny, 5 pound baby girl named Mary.
“She is beautiful,” the woman praises Anne’s little girl, who gurgles and fusses happily in her mother’s close embrace. The baby’s small amount of wispy brown hair is soft and delicate, her fingers tiny and curious, her eyes wide and blue.
“Thank you,” Anne breathes, clearly exhausted.
Julie comes into the room and hastily greets the woman before rushing to the side of her wife and child. She kneels beside Anne, pressing a cool towel to the mother’s forehead and touching Mary’s little face with tenderness. Both mothers are deeply enraptured by the little girl before them – she is weak yet vibrantly alive. The woman can see the weariness in her friends, but she also sees a deep happiness, an air of completeness surrounding the women with their new born. It is love. No other two parents in the world could love that baby as much as Anne and Julie do.
“I finished most of the paperwork,” Julie says quietly. “The adoption should be complete soon.”
“Adoption?” the woman inquires.
“Its a double parent adoption,” Julie explains to the woman. “I am doing it for little Mary here so that I can be a legal guardian, you know, because we aren’t married.”
“It’s just so much of a hassle,” Anne sighs, shifting a little so that Mary squawks crankily. The woman feels uncomfortable, as if talking about adopting your own baby is a matter too personal to be discussed this openly.
“I know,” Julie says and lays a hand upon Anne’s shoulder to calm her. “But we can’t risk it, if something were to happen – god forbid – to you and then to Mary and I could not be legally responsible…”
“Yes,” Anne says quietly. “It’s sensible, I know it is.”
“Alright, you get some rest.”
The woman drives home in silence, thinking about how simple it was for her and her husband to bring their babies home; never once having to worry about legal complications.

Old Age
She sits in a small plastic folding chair, waiting patiently for her grandson’s graduation to begin. He is graduating from high school, a time period so far away from her and yet so close in memory. How fast the time passes. She picks up a newspaper from the seat beside her; an article about gay marriage catches her eye. She looks at the newspaper, reading about the validity of gay marriage, the controversy, the federal rights, the domestic partnerships, everything swirls around her in an overwhelming storm cloud, a dense cloud that has enveloped her since childhood and refuses to ever clear up. She cannot escape it even so near to the close of her life. She desperately tries to understand why the simple right to marriage is denied to good people who are in love. Her moms. Julie and Anne. Countless others. What is it about this culture that does not permit that right? What creates a society like this one that rejects and even condemns a certain type of love? She reflects on her experiences of homophobia throughout her life and begins to realize something. It is an endless cycle. The children grow up in a world that fosters, nurtures and practices homophobia. It surrounds their little minds, and in respect to homosexuality, it closes those minds that were once open. These children grow to be adults, and raise their children in the same way, who raise their children in the same way. Homophobia is so deeply ingrained in society that there is no way anyone can fight it. The cycle is impossible to fight. An adult cannot hope to improve the rights of gay people when we live in a world where young children call each other faggots and homos. Even if he succeeds in changing the minds of his generation, the generation below him is already trained to believe homosexuality is bad, and all his work to equalize everyone – federally and morally - will evaporate with time. In this cycle, young children cannot hope to explain and defend their gay parents when there are politicians who make the love those children try to defend something either illegal or greatly reproved. How can a young generation promote freedom of love when the generation above teaches them it is not right? Only when we live in place where homosexuality is accepted on all levels of society, of culture, of our world, will there be true equality.
She looks up as Pomp and Circumstance begins to blare through the speakers, distracting her from pondering the article. She lets the newspaper slip through her fingers and fall to the floor. The cycle continues.