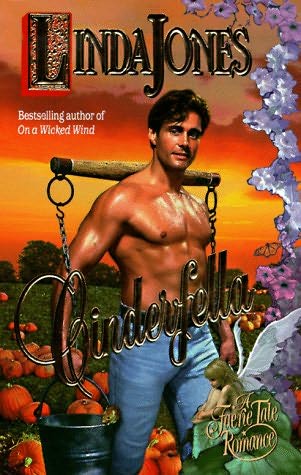 I keep trying to explain to myself the allure of the craptastic Twilight series (the books and the movie) and the hysterical response of the fangirls (and fanboys!) to any kind of criticism aimed towards the clunky writing style of Meyers and both her abuse of the Thesaurus and her penchant for doing without an actual plot in her books. I think the girl's (and grown women's) side is easily explained: Meyer preys on their desire to be loved and needed and on all those pre-teen's fear and desire for sex. Perfect recipe for success.

But what about all those fanboys? Most exclusively gay? Do they respond in the same way to the conventions of the bodice ripper? What's in it for them? Why the blind admiration? I can understand wanting to fuck Robert Pattinson, but Edward? Of course, at this point Pattinson and Cullen are one and only one and for the fans there's no separating them (poor Pattinson, who will probably have to pull a Daniel Radcliffe in Eqqus to step away from this curse).

Maybe Meyer's portrait of Cullen as the 'it' boy who focuses on the self-proclaimed-Cinderella Bella (and in projection every gay boy ever mistreated or bullied) and his reluctant and never-consumed passion for the protagonist is what breaks them and leaves them panting for more, sophomoric prose and non-existing plot notwithstanding. It's that need to be desired a human trait common to anybody attracted to a male or just a socially prescribed inclination that covers both straight women and gay men? I somehow can understand that need to be somehow rescued from dangerous situations, to be desired blindly by the man we want, to be needed and protected. But basically being stalked? (Edward watches Bella sleep!) Sublimating the fact that one's absolutely awkward? (Bella falls every three pages!) Being an idiot? (Bella needs to be rescued. Again. And again!) Being nobody without a man? (Bella cannot live without Edward!). Those are not things that seem to go well with a male-to-male relationship, where the dynamics mostly go beyond the dyad male-female and become more of union of equals (no matter who takes it up the ass, it's two males in bed at the end of the day, two male personalities and two male psyches).

But still, many men feel attracted by that old fashioned, slightly abusive and misogynistic view of relationships that Meyer sugarcoats with a varnish of goth angst. Why? Is it that we have not outgrown our own shortcomings? Is it that we will always be the fag, the queer, the boy that's 'different', no matter the five o'clock shadow and the muscles acquired after painful hours at the gym? Are we still tied to the bully's whip and look for validation in meaningless prose and outdated characterizations of relationships? Are we still Cinderfella, waiting for Prince Charming to rescue us?
Have we not grown?

I don't know. Part of me wants to believe that it's just Meyer's style (the equivalent of McDonald's fast food) what keeps people reading her books. But I suspect that there's more than meets the eye: she's supplying the crack cocaine equivalent of writing to a horde of addicts-to-be who cannot wait to see their innermost desires reflected on the white pages of a book. And I guess the only solution is rehab. And we all know that they're gonna say "No, no, no!" Amy Winehouse-style to that. Because who wants to admit they have bought into the (ever empty) hype? Nobody. They'll keep defending Meyer's 'literature' til the day they grow up. If that ever happens.
Email Post
Labels: gay men IDIOCY twilight writing