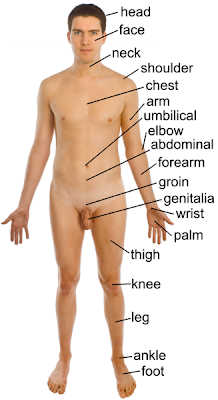 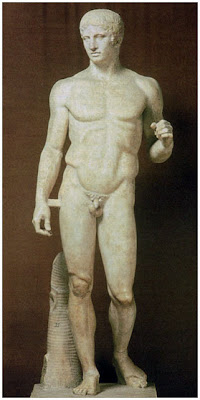 I have body image issues. And don't start with the whole 'nobody's perfect' thing. It's all good and dandy, but when it comes down to it, we all have SOMETHING that kind of freaks us out.
I know, I know, the whole 'you look good', 'don't be silly' and so on and so forth. But to tell the truth, there are some things that really bug me. And I guess they come (as many other things) from inside myself, because we all know that those issues are sitting deep inside ourselves, and are exacerbated by whatever we find outside ourselves that kind of hit the nail.
I guess the nail was hit by a post by fellow blogger Milo Gasa where he talks about the very astringent and slightly deranged requirements some guy makes of his future 'Mr. Right Now' in some gay dating site. I think that I would not be able to go 'back' to the dating pool at this point in my life. I have issues.

I think I have been slightly brainwashed by the gay press and the absurd demands gay men impose over ourselves at the moment we put ourselves out in the 'market'. Just like women, gay men tend to live 'outward' when it concerns their physical appearance and concede immense importance to things like a trim waist, a puffed up chest and big biceps. Not to mention hair and clothes. And I imagine it gets even worse with age: once we hit our late twenties, we're done. It's all downhill from there. At least in the minds of many other men who consider anybody under the age of thirty as 'old'. Go figure.

So back to the body issue: I suddenly realized that I do not have a six pack. Or a big chest. Or big arms. Or that I'm not 'masculine' enough. I do not conform to the ideals that Sean Cody and Bel Ami have imposed on our social collective: clean cut, Soloflexed youths with the Energizer bunny's equivalent of sexual stamina are what everybody seems to want to be or at least posses by vicarious experience. If you can't be it, then require it from your prospective lovers. Crazy, isn't it?

And I don't exercise three times a week or jump on a treadmill after I had some of those M&Ms or my beloved jellybeans. I don't do sit ups. I don't start running as soon as the temperature goes barely over sixty. I am not athletic. So I don't have a six pack. I have stayed within the 32/34 inch waist size by the grace of good genes and small portions. But still I have muffin tops and my chest is not rock solid. And I'm not the most macho men ever born. So go figure. And apparently that's what expected from you when your are dating? I could not take the pressure and would send futures prospects to hell just by reading their ridiculously demanding personal ads.

Maybe I should just get over myself. I prefer the slightly-geeky and the slightly-husky myself, so why not allow myself the same freedom? I like slim/not muscular guys over the overly pumped up and the fleshy over the steroided-out. I actually prefer the 'normal' over the 'ideal' -in real life guys and in porn, as you may be aware- so why enclose myself in the same prison I demolish for others? I have no idea. I think that deep inside we relish in our shortcomings and use them as tools to keep us apart from rejection? I don't know. But what has come from this newly found awareness is that I may start taking more short walks and eating less candy. And who cares if nobody will decide that they just need to have me because I'm the hottest guy in the block? Nobody can live up to those standards. Or I guess if you do, then you'd be a slave of your physical appearance. That would be almost even worse than worrying about the 900-calories burrito you just had in Chipotle. I should count my blessings. And try not to overdue the 'woe is me' schtick. Tired.
Email Post
Labels: body image gay men musings