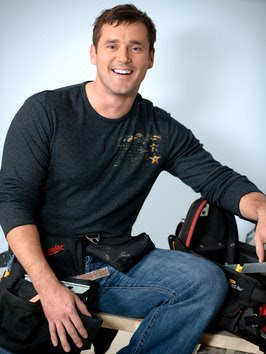 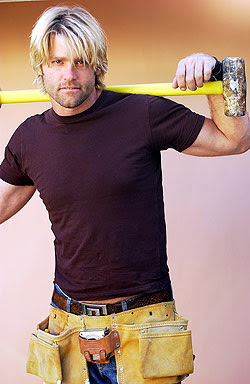 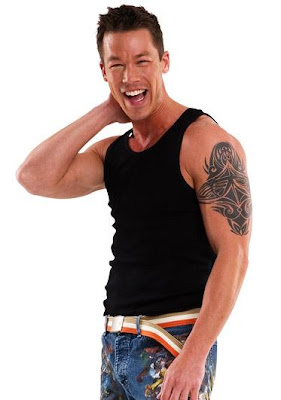 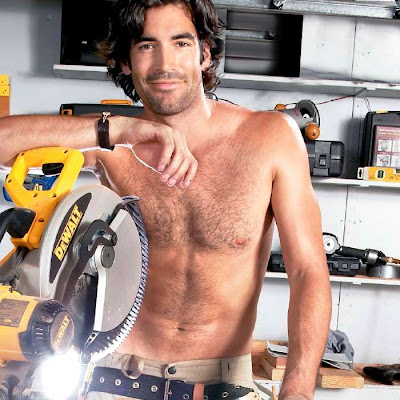 It's summer, so I'm home more time now than during the spring and fall semesters, when I'm fighting hordes of reticent sophomores three times a week trying to make them learn the difference between the imperfect and the preterit. I am still in the classroom, mind you, finishing some business and getting some much needed dough for the next months, but my mornings and early afternoons are free. So I watch television. Or at least I leave it on while I grade papers.

So I watch the Discovery Channel, The History Channel, Logo and all those home improvement channels. And even though I found what I expected in Logo and the Discovery Channel, it was those home improvement channels who gave me a surprise: all those decorating/home improvement programs were chockfull of handsome men. Youngish men in tight t-shirts and body-hugging jeans. Mid-thirties, polo-wearing guys in dockers and Timbalands. Guys touting toolbelts. Men with powertools. I dropped the papers I was grading and concentrated on learning how to cut tiles. And on those guys' smiles. Now I'm hooked.

Funny, the confluence of the masculinity these guys seem to exude and the delicate and beautiful work they do. I am sure they do put them on the screen based on what they know to do with their hands, but also because they are incredibly yummy eye candy. I am also sure many (if not most) of them are gay (hey, we're a 10% of the population) but what matters is maybe that decorating/taking care of the house/making things pretty has been somehow gentrified, like the beautiful homes they recover and remodel and made more accessible: not a woman's work anymore. Or a gay guy's for that matter.

We seem to have moved a little bit forward and have started to de-mystify those conventionally 'queer' jobs: decorator, hairdresser, you name it. I imagine it's part of the times: one of the most popular contestants in American Idol wear guyliner and the handsome hunks in HGTV create beautiful rooms. So I think my summer is going to be a good one: I'll keep on grading and watching those t.v. programs with handsome men working with their hands while I indulge in some daydreaming. After all, that's what summer is all about...
Email Post
Labels: addictions babbling television