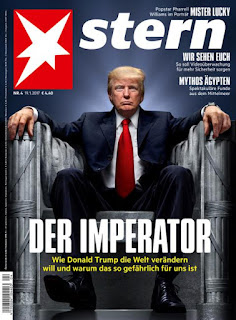 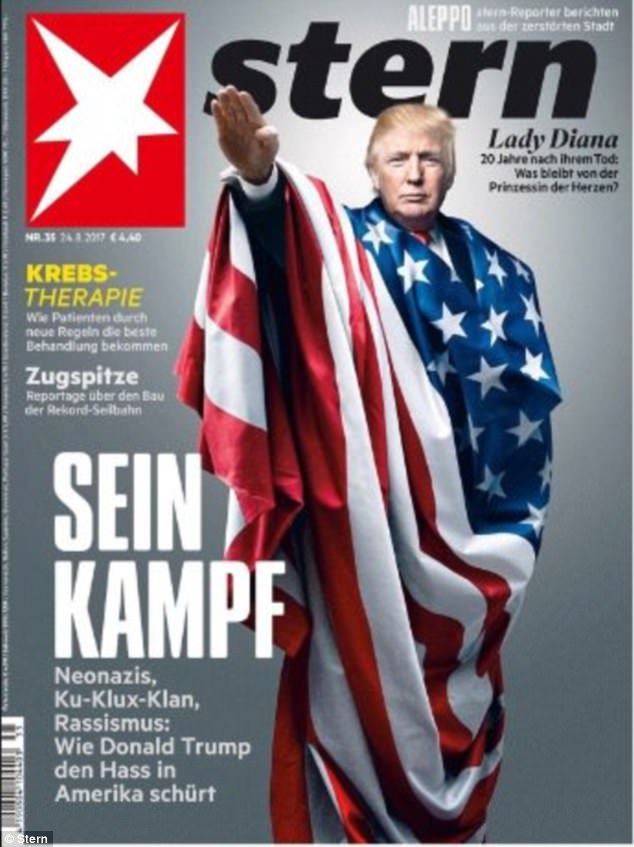 Any day now.
Any day now in the United States it will be revealed what many know: that there's a fraud in the white house. But that's something many knew when cadet bone spurs came down that escalator and announced he was going to be a republican candidate to the presidency of the United States. It was obvious then and it's obvious now, after twenty months of corruption, racism, sexism, homophobia and xenophobia.

A mentally unfit, spoiled, thin-skinned man child is currently the president of the United States. He was put there by Vladimir Putin, after years of preparation and collection of Kompromat and a social media onslaught by Russian bots that confirmed some of the most deplorable people live in a first world country. Add to that voter suppression and the hacking of a vulnerable voting process and you get just the right amount of votes in a flawed political system put in place by slaveholders to give this incompetent clown the reins of one of the most powerful offices in the world.

And boy, has he demonstrated he's incompetent. From an absolute disaster in the international arena that has ranged from blind incompetence and lack of knowledge of international laws and treaties to snafus in protocol to the slobbering admiration for dictators and strongmen, Twitler has all but destroyed the image of the United States abroad. From feuds with China to feuds with the EU, his international tour de crap has destroyed alliances and goodwill left and right around the world.

Cheeto's penchant for unbridled Kleptocracy has also wreaked havoc in North America: from the positioning of his willfully incompetent daughter and son in law in important positions in the White House to his spreading corruption from the top down, his Cabinet is a who's who of incompetent and greedy minions that have been looting and corrupting the country from inside. And that damage will be felt in the country for years to come.

Add to this the boldfaced racism that has been the trademark of this septuagenarian son of the oligarchy and you have the perfect cesspool where the worst of the worst racism of the country that gave the world the Ku Klux Klan is put front and center by its most recognizable face. Racism in North America has always been bubbling below the surface and with the establishment of Nazis in the White House, the deal was sealed. Bannon, Gorka and Miller have brought forward the agenda of the tiki torches bearers and validated the white robes that preceded them. Add to that the open courting of 'neo Nazi' -or as I call, Nazi- groups, and you have a full-blown Nationalist agenda ready for the picking.

This is a man who has been known to debase and insult women all his life. From his mail brides to his paid mistresses. From beauty queens to news anchors his 'grab them by the pussy' should have ended his presidency. But it didn't. His lying about his affairs with porn stars and Playboy bunnies would have sinked any Democrat's dreams of life in politics. The country that cried wolf when a man came on the blue dress wore by an intern and all but impeached him has turned a blind eye on a man who paid the silence of his lovers during the days leading to his political wrecking ball of a campaign and has silenced the big group of women who have come forward telling that #TheyToo were assaulted one way or another by a serial womanizer.

Then there's his pandering to the religious right: starting with Pence, The Devil's Butler, who was his key in the vice presidency to court the vote of the religulous Taliban that has been gnawing at the human rights of anybody remotely different to their WASPy aspirations. The onslaught on LGBTQ rights by this presidency has been merciless. The bigots in the right wing think tanks saw an opportunity on the fake facade of the most corrupt president ever and pounced to destroy eight years of progress in the arena of same sex marriage, transgender acceptance and even reproductive rights. All of these a clear violation to the intended hegemony of the xtianists willing to sell their souls for their cause.

There's also the crowning jewel on this self-proclaimed emperor of hatred: the 'othering' of immigrants. The use of a fear of the 'other' that has affected the United States ever since the Pilgrims landed starved and diseased on these shores. Cheetolini has used every racist tool in the toolbox to paint the fear that North Americans have felt for every wave of immigration (the Irish, the Chinese, the Japanese, yo name it) onto Muslims and Central Americans. The promise of a wall (both figurative in the form of denied visas and literal, in the form of a physical barrier) energized a crowd full of White resentment and fear of being overtaken by a Brown wave.

This presidency rests on the back of bigotry, racism and hatred. It's the maelstrom produced by the alignment of very corrupt Republican politicians with a man who has connections to one of the most feared enemies of the United States. An enemy that has used the tools of technology and misinformation to achieve what years of Cold War could not: the slaughter of the American Dream. Putin has found on his puppet the perfect Trojan Horse to infiltrate a country he hates and an economy he covets. How this will end, we don't know. But I hope it ends in the eternal equivalency of the name Trump with the most shameful episode in American history. I hope there is a sense of closure for the people who still believe that the United States is the home of the brave and the land of the free. If anything is left standing after this evil Humpty Dumpty falls to his disgrace.