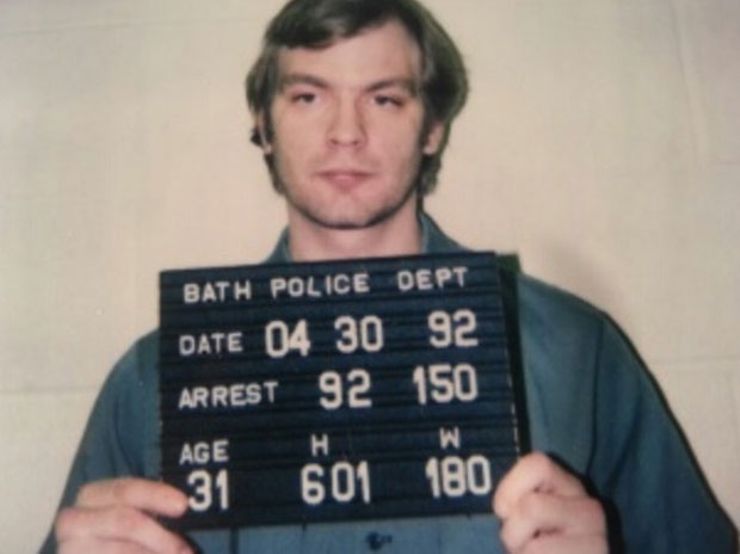 One of the things that most chills me to the core is that every time I read or watch something about Jeffrey Dahmer, I can't help but think that I would have been a perfect victim for him. For one, I think I would have found him attractive. Dahmer was not ugly, really, and at 31, six feet tall and 180, I WOULD have looked twice. And that scares the shit out of me. On the other side, I AM the kind of man he would have fancied. I would have fitted the profile of the kind of men he pursued. Scary, right?

And I just wrote about the fact that we don't look for love/companionship/sex in the same places we used to. We don't rely on gay bars or bookstores or coffee shops or parties as much as we used to,  to find other like-minded men, instead we turn to apps and the internet for kinship. Just look at me right now, writing this in a public online forum. And I was decrying the lack of human contact most interactions have nowadays. Gosh, Alanis would be proud, black fly in my Chardonnay and all.

The lack of connection and direct estimation of somebody's character by being able to see him in person is something I find unsettling. As if that would have protected me in case I would have found myself face to face with Dahmer when he went out looking for men. When Dahmer was roaming bars in Wisconsin, going to a bar was one of the few possibilities gay men had to connect with other gay or bi men. And none of his victims could tell he was a monster. And I was one of those boys in one of those bars.

I wonder if that's why I have become weary of the hookup and dating apps. I really can't understand how some men would just let almost anybody in their lives and bodies just because they got some dick pics and they liked what they saw. And it's not slut shaming. I'm all for some good dick, but really. some common sense never hurts. Sex games, role pay, it's all fun and good but anybody with any experience would tell you that one can always use some prudence when dealing with strangers.

And I guess something else may be at play: because I usually like men who are taller/bulkier than me I tend to think twice before I go for somebody. I have realized I don't want to find myself in a  Looking for Mr. Goodbar kind of situation. I don't share Rossner's protagonist's self-destructive urges, but I, like everybody else, was looking for that 'connection', that spark that would make me click with just the right man. In erotic games, the idea of size difference may be tantalizing, but in reality it could put me in a very vulnerable position. Both figuratively and literally speaking.

So I rather play it safe. Am I missing out? I may be. But I think I'll stick with my strategy of knowing who I let in my life and my body. The idea of a burly, sexy, brooding stranger manhandling you just a little bit may seem hot on paper, but in real life I would have to confess that it rattles me a little bit. And I know I can say that here because after all, this is the internet. And online I can be a supermodel or Norman Mailer and you wouldn't know the difference, would you?