So I went to see Aquaman. Holy sharks, Batman. Momoa does not disappoint.

So first things first: Aquaman is one of my fab DC comics. Along with Wonder Woman (for obvious reasons). Aquaman was part of that fantasy world you create when you're a gayby and having your own little world makes you feel that it is all right to crush hardcore on a superhero because people are expected to do so. And I've been waiting to see this movie for awhile. When Dave saw it, I was ready to go to the theater after he endorsed it. But with all the brouhaha of the end of the year, apparently I did not have time until now to go.

So yes, it's popcorn. Yes, at the beginning Momoa is very a very basic bro who likes beer and has tattoos and wears awesome jewelry. We get it. But oh, surprise! There's character development and backstory and a princess not in distress. And Nicole Kidman (whom I adore ever since Dead Calm) is Aquaman's motherfucking mom! I died.

The thing is, even if you didn't grow up reading the comics (or watching the morning cartoons, where Aquaman ended up just talking to fish, ugh) the movie gives a pretty good idea of what is it that's going on in this particular case. I know Aquaman was there with the Justice League, duh. He was instrumental in the uplifting of Batman and Superman and Wonder Woman. I need this to be a franchise.

Nevertheless this is the first time I see him on the big screen and he's so.... Aquaman? When I was young, I imagined Aquaman blondish and buff (sigh) but man, does Momoa make sure that that image is obliterated. The low-slung jeans and the hair, and the tattoos and the swagger. I'm kind glad they waited to make this movie. This Aquaman does not have the angst that some superhero movies seem to have embedded in its stories. In this case, we see the guy become Aquaman because it IS him. Maybe it was the director? The combination of script and actors? Who knows. The thing is it worked for me.

And for all those people who were in the theater, basically after the movie's been out for several weeks it was good too. I liked that. It implies it has staying power and that it reaches people. And at a little over two hours, we do get our share of Momoa on the screen. And he fills it. I'm gonna watch it again once it drips down to Netflix. Of course.

One thing though. Because of course I am a twisted little gay boy, I kept hoping Aquaman would bang Orm, his half brother. Who just happen to be blond and buff. Really. Now you're gonna tell me you would not watch Jason Momoa getting it on with Patrick Wilson? 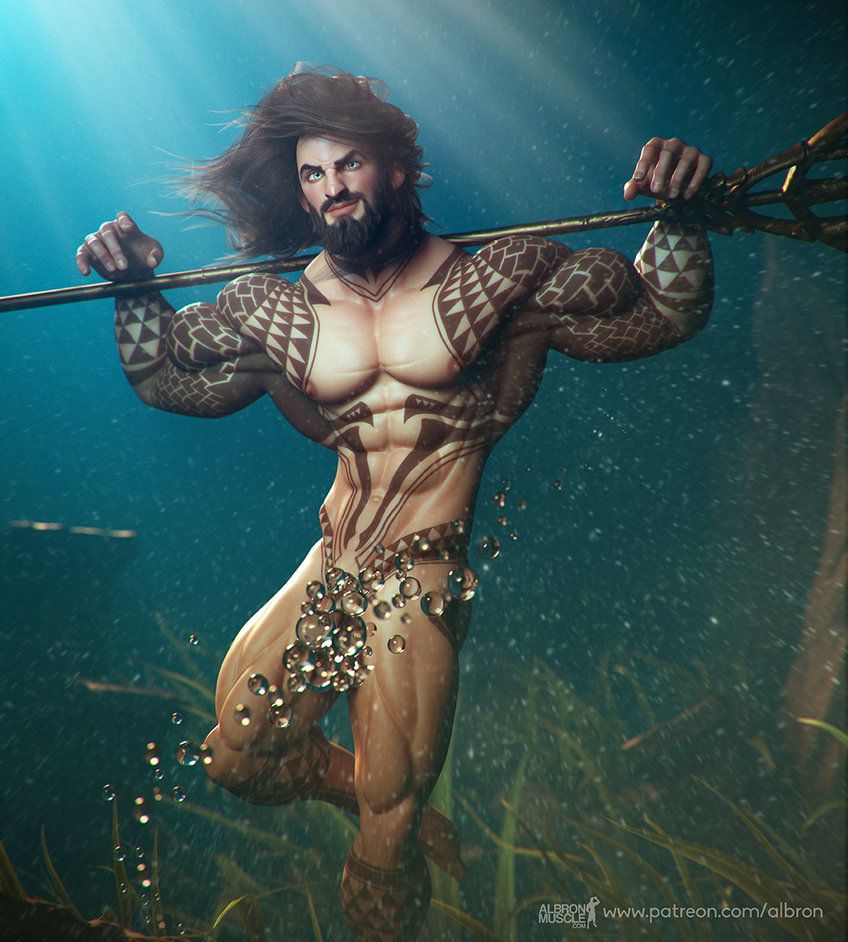