We all talk about the Orange Buffon in the White House. We all go on and on about how horrible this spoiled, entitled man-child is destroying the country from within. How the corruption of this administration is going to cause damage that's going to take years to fix.

But nobody puts it more succinctly and clearly than Beau. The first time his videos came up in my dash I was like 'as if I need to listen to a Duck Dynasty reject talk about Twitter..' and then I paid attention. Yep, we should not judge a book by its cover. Ever.

Beau offers political analysis the likes of it I have seldom seen in actual political segments on the mainstream media. His paused, accented delivery belies a sharp, informed commentary on the stupidity and danger of this presidency. Here, for example, he details how Cheeto's rhetoric (his State of the Union was obviously written by Satan's child himself, Steve Miller) is just another call to Fascism. The whole speech was a carbon copy of his rallies: he was talking directly to his cult. This 'mnemonic device' as it was called, is both a setup for his 2020 campaign (Dog forbid) and a possible setup for him calling a National Emergency.

But most important, this speech was a clear demonstration that 45 is not going to defend the constitution. He has not even read it, I'm sure. And he doesn't have to. His whole presidency is based on his notion of power: he's a mafia boss. He thinks that his position invests him with the power of life and death over a nation. A malignant narcissist, calls him one of the people I follow here, and that description fits 45 perfectly.  He's also a delusional fool, that is clear. But this is a delusional fool who is using people as pawns in a power struggle that's going to leave a nation bruised.

I truly despise him. 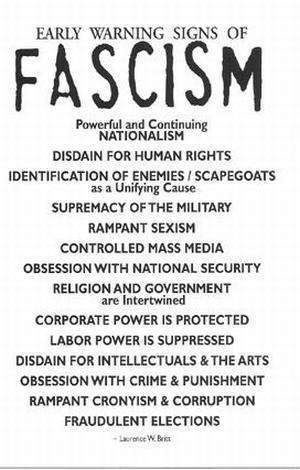