When the manfriend told me that Brian Sims (a PA State Representative) was going all out on de-stigmatizing PrEP, I have to confess I was a little surprised. Very few public figures (let alone politicians) are that open about the things they believe in, especially if they relate to something as taboo as sexual behavior. After all, Sims has been quite progressive in a state that used to have Santorum as their senator. Sims is out and proud and he's quite outspoken about things that feel dear and close to him. And apparently making people aware of the possibility of preventing HIV is one of those. Also, he's quite the looker, if you ask me. I totally would. Hard.

Of course people were going to come for him but he stopped the speculation that came with his talking about Truvada and shut the haters down. I like me a man like that. No shame in his game, just pride. The way it should be. We should all take a page from that book.


Think this is an invite to talk about my sex life? It’s not. Think it’s an invite to shame me or anyone else? Grow up. “Stigma” is the thing our enemies want us to be stunted by. It literally kills us. It’s stupid and we control our own fate. No shame in this game. Just Pride.
— Brian Sims (@BrianSimsPA) April 23, 2019

Sims is working to de-stigmatize the use of PrEP.  It should be something that everybody would think sexually active people would take into account. It should not be a Scarlet Letter on somebody's forehead. You see, when somebody takes PrEP it just means that they take care of themselves. That's all. The only problem I see with PrEP is that it is way too expensive and the people who really need it (queer people of color, for example, who have a highest incidence of testing HIV positive) do not have access to it because it can be prohibitively expensive.


BIG NEWS: The Dept. of Justice has demanded a review of the CDC’s patent on PrEP after @PrEP4AllNow uncovered that the CDC held patents on the life-saving drug that Gilead Sciences currently charges $2,000/month for. https://t.co/QkXMYFByjh
— Jason Rosenberg (@mynameisjro) April 24, 2019


There have been efforts to make PrEP more accessible to all and of course, it has to do with the patent for Truvada a drug developed with taxpayer's money. There's money to be made off the prescription, so big pharma is clutching to it with all its might. I really hope that there's more push to make it more accessible. And so what if a few would call us a Truvada whore? Fuck them. Or rather, don't. It's a badge I'd certainly wear with pride. 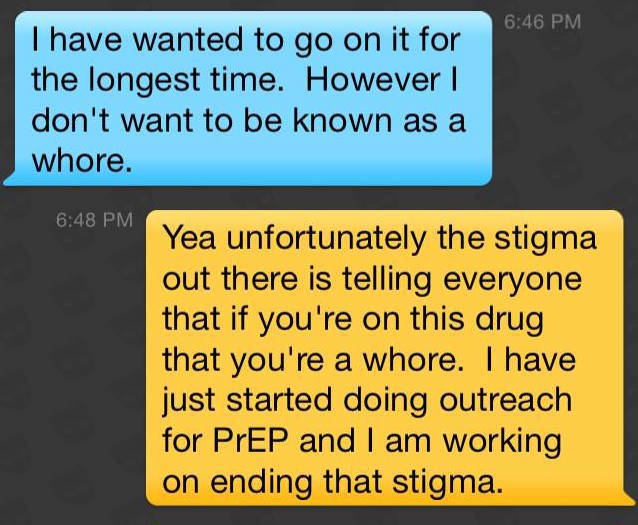