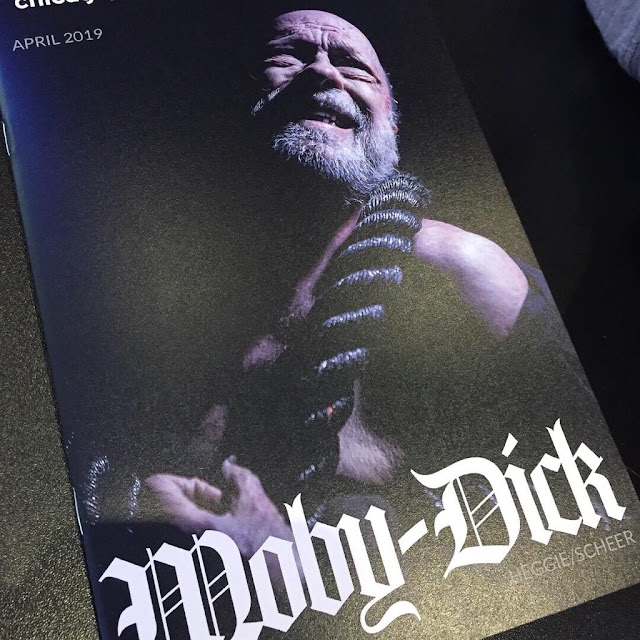 So I went to the opera.
It was an adaptation of Melville's book. It's a thoroughly modern opera, of course, written by Gary Scheer and with book by Jake Heggie. Stage by Kristine McIntyre and conducted by Lidya Yankovskaya (it was awesome seeing a woman conducting the orchestra!). It's not a faithful retelling of the story. They have of course taken many liberties, to make it well, operatic, and to tell the story in a way that fits lyrical theater.

The bones are there, of course, with Ahab being a crazy, deranged hunter and Starbuck trying to minimize the crazy. The real story for me, though was the bromance (I'd say romance, because I'm biased) between Queequeg (who's supposed to be a cannibal islander) and Greenhorn (the starry-eyed new-boy-in-boat). I think I saw this opera as a tale of discovery and friendship and I would say, love. Because its focus seemed to be not on Ahab or Starbuck but on Queequeg and Greenhorn, I saw it more as a love story between two men at sea.

It was an all-male cast with only one pants role, (a soprano plays the only boy in the story) and the dynamics were mostly about power and a portrayal of masculinity and the roles males play as the driving force for both revenge (Ahab) and work ethics (Starbuck). The bromance is cut short because of course (spoiler alert) Queequeg dies and Greenhorn ends up being the only survivor left after Moby Dick takes on the whaling boat.

Without a doubt the most tender moments were basically when the two sailors were getting to know each other and when Queequeg falls sick (a plot device? because I didn't remember that from the book) Greenhorn sings to him. I got goosebumps. If you want to get the feels, go to an all-male opera. The voices are just fantastic. Not to mention the drama.

It's clear that Melville did infuse Moby Dick with lots of repressed sexual energy (if you remember the book from high school) and he basically condemned the budding relationship to tragedy, maybe to reflect the feelings of the epoch and that's reflected in the opera. Moby Dick is a tragedy deep down, because neither love nor hate can reach a climax. I think the opera manages to inject the social judgement of the time into the relationships we hear the men sing about, though, and that's why male-male relationships are as doomed as Ahab's quest.

I have to say I really enjoyed it, though. Both Scheer and Heggie had a pre-opera talk with the conductor and it was brilliant to hear from them how the opera came to be. I went because I'm a sucker for listening to men with deep voices sing, but I truly enjoyed the musicality and the storytelling, not to mention the stage direction (they did very cool things with the stage). It's quite a feat to adapt a beloved literary classic into another form of art, but I think they managed to accomplish it.

Oh, another thing that struck me? At the end op the opera, after Moby Dick destroys the Pequod, Greenhorn says: "Call me Ishmael", which is the way the book starts. Smart, no? 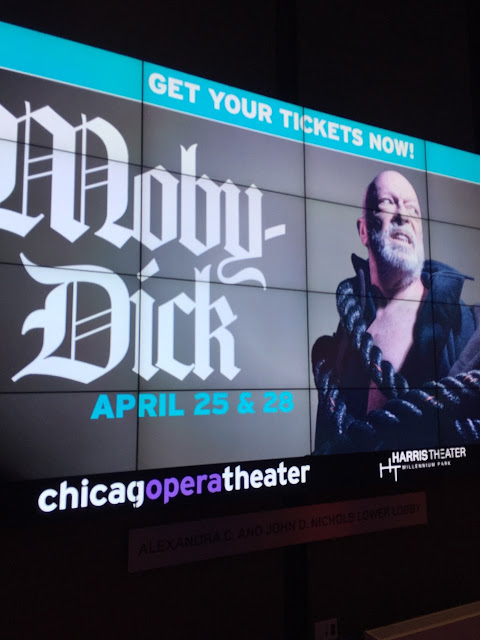 P.S. Oh, here. This was not the opera I saw but you'll get the gist.