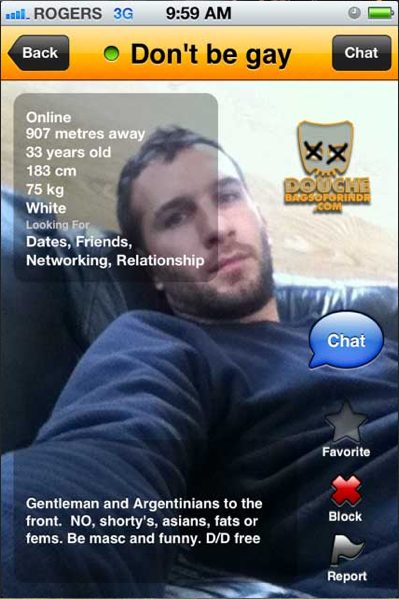 Girls can wear jeans
And cut their hair short
Wear shirts and boots
Because it's OK to be a boy
But for a boy to look like a girl is degrading
'Cause you think that being a girl is degrading
But secretly you'd love to know what it's like
Wouldn't you?
What it feels like for a girl


Corey Camperchioli decided to create his own short film dealing with the femmephobia that pervades the rarified gay stratosphere. Oh, you've never heard of 'no fems'? Nobody has told you you're not 'their type"? Lucky you! That probably means that you 'pass'. That you are 'normal'. That probably means that you could just click on Grindr and get some dick delivered to your door, without much ado.


The 'no fems' is the war cry of the 'masc for masc' crowd. Corey's journey of self-acceptance and his telling his story of how he arrived to him liking who he was is touching and inspiring. He mentions in a HuffPost piece how he was deemed 'too gay' to be an actor. Can you imagine?

I understand the reasoning of some men when they say 'I like men, if I liked women I would fuck one'. But do they know that a femme guy has the same bits and pieces a 'masc' guy has? I think their misogyny is showing. I understand the attraction of the waist-to-shoulders ratio that Captain America has showed us is so clearly in all those movies. I could sing the praise of facial hair and bouncing pecs until I go hoarse. But I could never deem another man 'too femme' to fuck and put it in a profile for the world to see. Or to go ahead and tell HIM that he's too femme for us to fuck.

I think masculinity is treated as currency by some gay men and that's a mistake. It's not all black OR white. Yes, Id' like for Rocco Steele and Colby Jensen to pay me a four-hour visit and show me one thing or two about flexibility and spit roasting. Duh. I'm a horny bastard. But to deny that some men are attractive and sexy and could be fantastic in bed just because they seem to share some traits that are considered 'feminine' is a stretch. Would I date a guy who's considered 'femme'? I've done it. It's been fun. The relationship has not worked because of who we are, not because of what we are perceived to be.

It has more to do with the idea that we have of what being a man or woman is. It may have to do with the idea that we, as a society, feel that a woman is less-than and therefore a man who shares traits with a woman is by default, less-than. That reasoning has been used by bigots since time began to discriminate against gay men in general. Oh, yeah. The straight men so many gay men pine for think they are disgusting because they like dick. Yeah, nobody has told that to all those subscribers to NextDoorMale and BrokeStraightBoys. Not everybody in gaydom looks like the Sean Cody models. Not every gay man on earth has the physique of a Falcon performer. Those are avatars! They stand for what the media has deemed attractive.

Some men also pine for the 'normal'. The 'guy next door'. And there ARE gay men who ARE the guy next door. Being fem is not a prerequisite to being gay. Nor is being 'masc'. 'You don't look gay' is a badge worn with pride. We live in an in-between. It's not all-or-nothing. I'm sure many 'masc' guys like taking it up the ass. I'm sure many fem guys enjoy drilling some ass. How we present ourselves does not always define what we do in bed. Sometimes it does. Most times it doesn't. If what the 'masc for masc' crew craves is that dominance they say masculine men have, they would have to check some dominatrix and her tricks. We have adopted some kind of twisted logic in which anything deemed 'feminine' is bad. So Corey's short film comes at a good moment. Not only because it's time somebody talks about this publicly, but because it would be good for people to understand that it's ok to be boyish. But it's ok to be girlish, too.