Oh.  Juneteenth.
After the dear snowflake Kyle Kashuv cried (thoughts and prayers) that Harvard rescinded his invitation because they have found out that he was a racist twat and after The Turtle McConnell said reparations were not due because America had elected Barack Obama (the nerve!) I remembered a very awkward dinner party where the host and the hostess told me I was lucky to live in a society that would elect Cheeto, even though he was a racist orange blob because I was not going to be thrown off rooftops, like gay people in other countries (other countries with people of color, mind you). Needless to say, I have not talked to those two ever since. I don't do polite racism well.

All of these examples come from a place of privilege. All of these people are very white and very privileged and one of the things they have in common (apart from their racism) is that they all are born in privilege. And they refuse to admit it.

White privilege is the societal privilege that benefits people whom society identifies as white in some countries, beyond what is commonly experienced by non-white people under the same social, political, or economic circumstances. Academic perspectives such as critical race theory and whiteness studies use the concept to analyze how racism and racialized societies affect the lives of white or white-skinned people.


That's how dear Wikipedia defines white privilege and I tend to agree. Now, Juneteenth (a combination of June and nineteenth, duh) jumped at me from my trusty calendar. Oh, I said, it's a holiday. But it is not. It's just a tidbit that Siri throws at you as an afterthought. But why do we have it there? Well, because it's the day that marks the end of 250 years of chattel slavery in the United States. Simple, huh? Even Barack Obama twitted about it.


On Juneteenth, we celebrate our capacity to make real the promise of our founding, that thing inside each of us that says America is not yet finished, that compels all of us to fight for justice and equality until this country we love more closely aligns with our highest ideals. pic.twitter.com/2XAKRuRrbG
— Barack Obama (@BarackObama) June 19, 2019


Alexandria Ocasio-Cortez did too:

And on this day, Congress held a hearing on reparations. A massive crowd showed up for it.

And AOC included Ta-Nehisi Coate's opening statement on a hearing Congress was holding on reparations (the ones the turtle said were not needed) and that statement is very telling: white privilege is alive and kicking. It's not only individual prejudice, mind you, but the institutionalization of that prejudice. Archie Bunker, the dear racist next door, was excused as 'out of touch' for years. But then it became 'bad' to be racist. Some people call it 'Politically Correct'. I laugh.

If you stop to think about it and see the pattern of how we see the world, we see racism as 'bad' but we still have unequal outcomes when it comes to race. No matter how much you 'don't see color' or how much you insist you know people of color, or how you are not racist because your parents were (or were not) racist. When you say that, maybe you don't know how society works.

We tend to be very superficial when we explore what it means to be white in today's society. We always hear the stories of people telling us the myriad of ways they interact with people of color. So, taking into account what they say we would think that being racist is conscious. But it is not. Many people know and relate to people of color and do not see the insidious bias in which they have been socialized.

I think we all need to go deeper. Racism is real. We need to see how racism functions in our lives. And Juneteenth jumping up at us from our trusty calendars should give us the chance to look at the good and the bad that make the US the country it is. Juneteenth means 'liberation' but that liberation is delayed by the resistance to equality that white supremacy exerts over society at large.

Note that not all slaves were magically liberated that June nineteenth. Some slaveholders delayed telling their slaves they were to be set free after harvest season. And that's a notion that still pervades. We still have that 'different' kind of freedom.

So that's my contribution to making you feel uncomfortable today. Tomorrow I'll bring some eye candy and will be back to celebrating Pride (another contradiction in this country) but today I thought I would start this conversation. I would love to sit down with you and BookClub the hell out of this, maybe with some chilled Chianti and some crudités. But I can't, because of reasons (such as we are online, dear) so here it is. 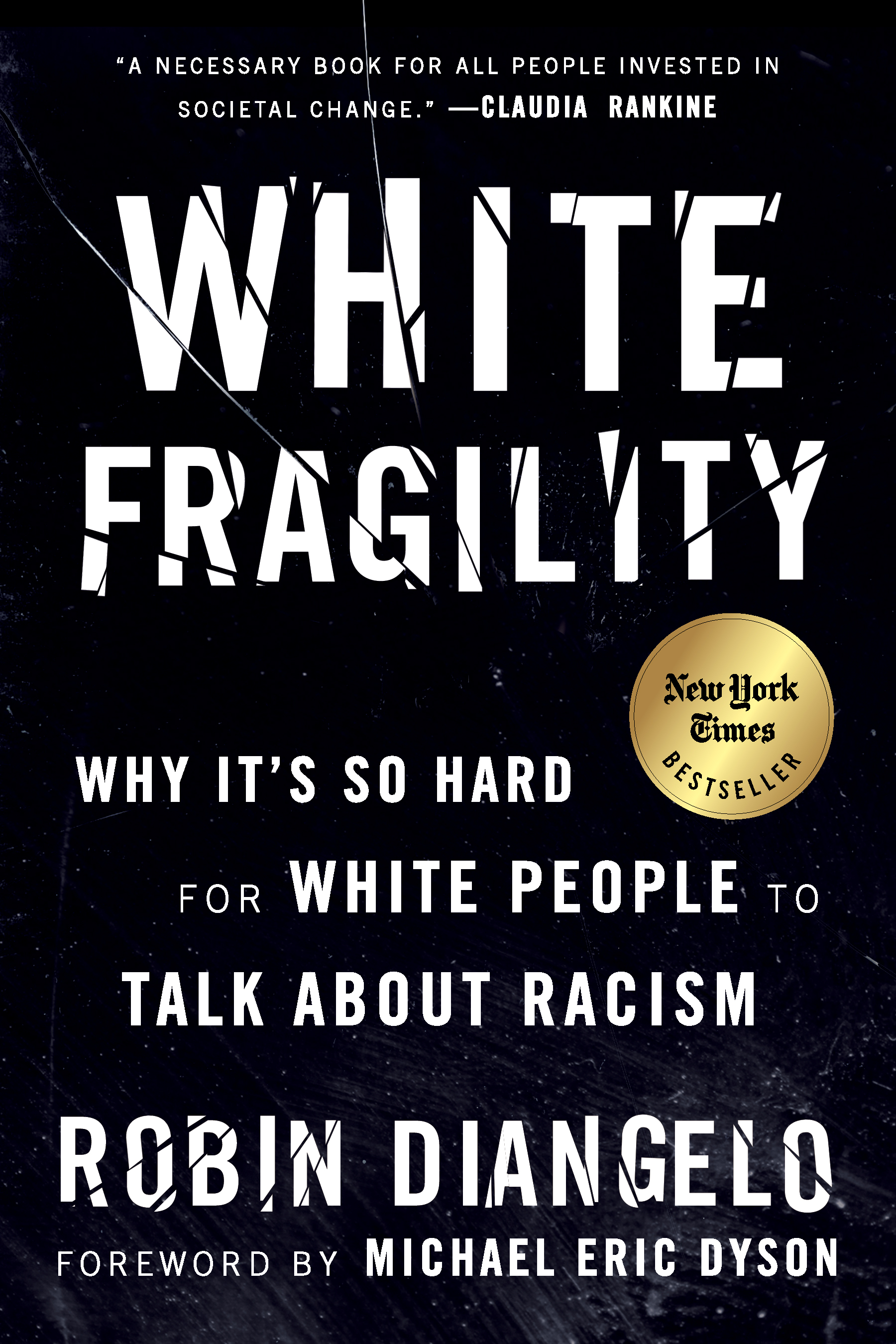 She's not everybody's cup of tea, but it's a good start on this crucial conversation we need to have.