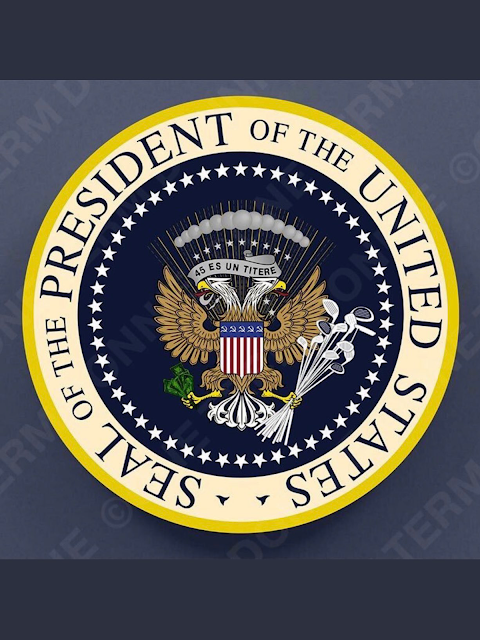 Omg, I love the kid that did this at yesterday’s student activist summit. Rump STOOD IN FRONT OF IT🤣🤣🤣 https://t.co/4SHgcWVx5i pic.twitter.com/PKjTTvAiSP
— Kathy Griffin (@kathygriffin) July 25, 2019

You cannot help but feel sorry for a country governed by a kakistocracy. The ineptitude, the corruption, the unbelievable stupidity.  The racism, bigotry and lack of awareness  that can be seen in all the things that are not thought out and that permeate every inch of of 45's presidency. There are so many things that are so batantly inadequate and gauche that I don't understand how Cheeto can get away with all this bullshit.

This presidential seal was behind Cheeto when he was talking to the future of bigotry: a youth summit sponsored by Turning Point America, a rabid pro-Cheeto group that gave him the adulation he so cravenly desires. It contained a double-headed eagle, a symbol of empire and dominance. The eagle is grabbing a set of golf clubs clutched in one foot and instead of 'E pluribus unum' it says '45 es un titere'. Hysterical. And highly descriptive of what the presidency of 45 is.

I don't know much about politics, but I know that 45 has got to go. I tend to agree that he most probably will have to be voted out, because the repugs will never give up the power they have, from putting judges who favor them all over the US to making sure the election is rigged to favor Cheeto. And the Dems are not as cohesive (or corrupt) as the Repugs and I don't see them pushing impeachment as a group. Twitler will have to be voted out and taken into custody.

Mueller clearly said if Cheeto were not president, he'd be in jail. And I cannot wait for that to happen. The sooner, the better. I'm tired of this fuckery. 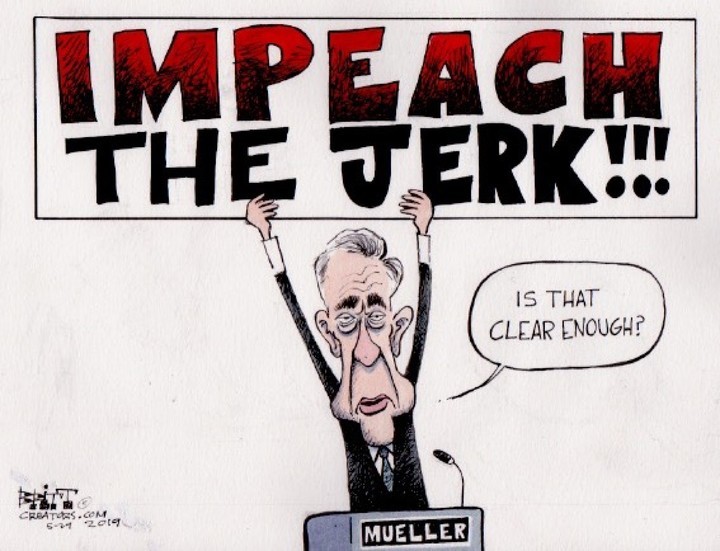 BTW, if you want GOOD political analysis or discussion (and a side of dick) you should read Infidel, Michael in Norfolk or Gods And Men.