I know barely anything about Canada.
I think I need to convince Steven and Debra to create a Canadian curriculum so I can do a crash course in Canuck culture and learn me some things. What I do know is while I was doing my internet reading, I came across the story of Anthony Johnson and James Makokis winning The Amazing Race Canada.

I did not know that The Amazing Race was still a think. Or that it has a Canadian version. Or that a gay indigenous couple had won it. So I dug in. And I found out that they are super cool people who are activists that aim to increase visibility both as two-spirit and as indigenous people. What's better than that? 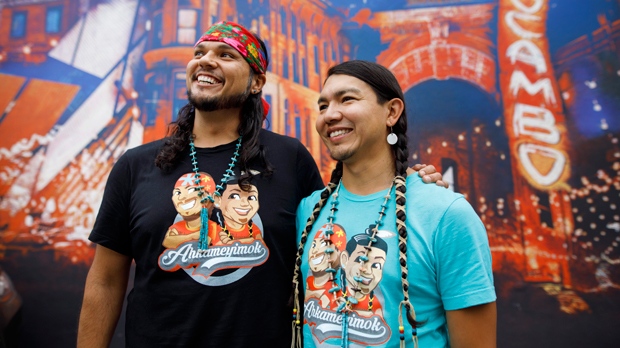 I think we should be more aware of the two-spirit notion of not having specific gender roles imposed on ourselves. It would be more aligned with our abilities and personalities than what's between our legs or what other people receive us to be. Yes, I can build an Ikea bookcase without instructions because I'm very handy but I cannot lift a sofa and move it from one part of the house to the other. Does that makes me less of a man? Does that mean I'm the woman in the relationship? Does that disqualify me to get some dick on Grindr?

The notion of two-spirit in my opinion, does not conform with the binary notion that males do some things and females do other things. Or that some gay men are allowed to do some things and not others because that's 'femme'. The binary is a very Western (and white colonialist) notion and I think that indigenous people have the right idea when they decide to use this term (instead of using 'berdache') when referring to people who do not fit one of the two roles usually assigned to people. I also think that it should only be applied within a First Nations (or Native American) framework to make sense when describing people, like in this case, but theoretically it could be applied to all kinds of queer relationships.

So when I learned that Anthony and James had won the Race I was like 'right on!'. Apart from being a totally adorable couple (and I think that Anthony is very handsome, because I am here for any thirst trap). I  also think that the way they have presented themselves is very authentic: they bring to the forefront much needed representation. When was the last time you saw some Native American men being ogled on Instagram? That's right. I didn't think so. Remember, the greater the variety of men and LGBTQ or queer couples we see, the more we will be able to understand that one glove does not fit all. 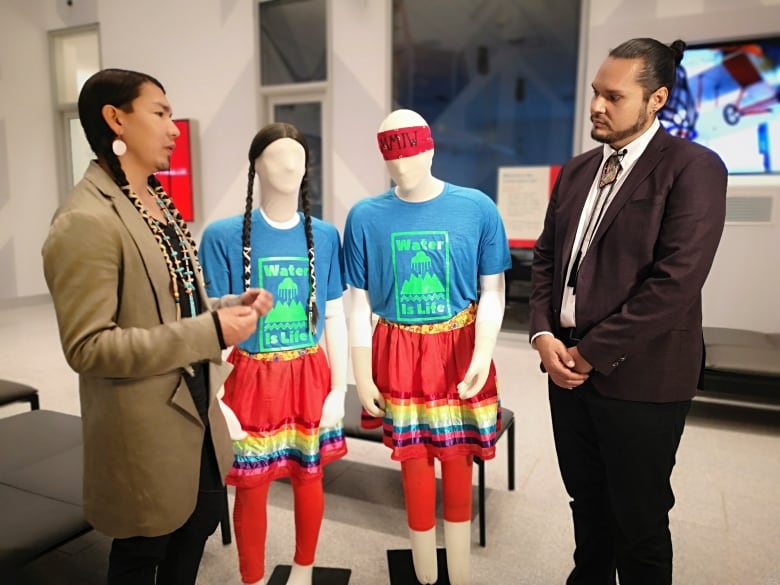 Also, Anthony and James brought awareness towards the environment, towards life in the reservation, towards missing and murdered indigenous women and of course, toward LGBTQ issues with the clothes they wore and with the statements they have given the media. Even though when people told them to 'keep it in the race'. So kudos to them. They are planning on building a healing center in Alberta with the money they won and will probably do many other things. But apparently the first thing they are thinking about is to give back to their community. That is amazing. I'd be super interested in knowing about anything they have to say or do.

And remember, the personal IS political. We should always remember that.