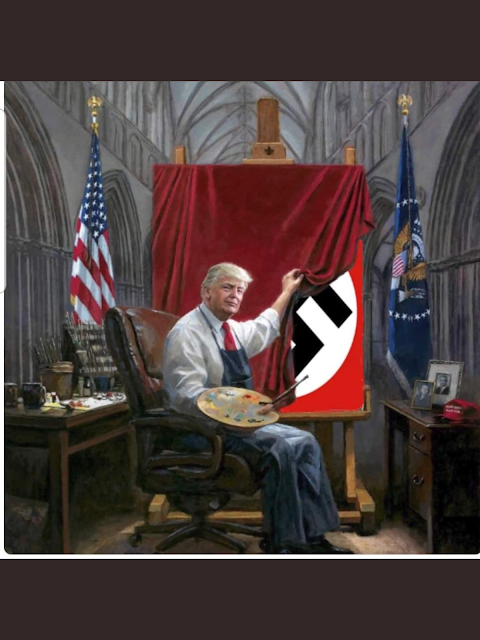 I think this year’s thanksgiving and Xmas celebrations will be even more awkward for people with family and friends who like 45, given the fuckery, corruption and stupidity that Cheeto has unleashed upon the USA. I, for one, won’t be sharing anything with any Cheeto supporters. I refuse to do so. I have cut anybody and everybody who liked or voted for him from my life. I don't need those fuckers.


Sad to see so many San Antonians as 2019 maximum donors to Donald Trump — the owner of ⁦@BillMillerBarBQ⁩, owner of the ⁦@HistoricPearl, realtor Phyllis Browning, etc⁩.

Their contributions are fueling a campaign of hate that labels Hispanic immigrants as ‘invaders.’ pic.twitter.com/YT85IBF19u
— Joaquin Castro (@Castro4Congress) August 6, 2019

A minute ago (the news cycle with Twitter moves at a breakneck pace) there was a huge brouhaha about Joaquin Castro sharing some information about some trumpanzees after a shooting.  And just recently Cheeto himself went after Debra Messing for tweeting asking to disclose who were the Hollywood people throwing a fundraiser for twitler. But political donations public! Once people give money to politicians that info is readily available. Also, the fact that people feel they need to hide the fact that they gave money to the Grifter in Chief speaks volumes.


Please print a list of all attendees please. The public has a right to know. https://t.co/YV4UoxrPHI
— Debra Messing (@DebraMessing) August 31, 2019


Don’t believe me? Check this out:

When you donate to political candidates, you’re giving the Federal Election Commission permission to publish your name and occupation, which they do on their website as part of campaign finance data. It is not doxxing. But not everyone knows how to access that information, so we’ve decided to put together a guide for you to find out who in your community has given thousands of dollars to Donald Trump, or really any other political candidate.

SPLINTER tells you how to find out who is a trumpanzee channeling money to Twitler out there. I used the tool they provide and discovered who gave money to Cheeto in my city. I'm gonna dig deeper and try and find what businesses/businesspeople have given to Hair Furor and will blacklist them. Because I put my money where my mouth is.

So go ahead, and find a concrete reason to stop talking to those horrid people who support white supremacy, racism, xenophobia, homophobia, and a myriad of bigoted things. Because they will never change. And if you have to cancel thanksgiving this year, let me know and we'll have some turkey together.