Listen, people. I know, I should listen to my own advice and not pay too much attention to 'influencers' and youtube 'personalities'. But this time I had to stop and listen. Yes, Kyle is handsome and all, but he's got a point. I had to stop and listen because what I was hearing was outrageous. And it was outrageous because I never really paid attention to the numbers. On top of that, I had just had a conversation with someone on Friday who told me Hillary didn't 'campaign enough' and was not really 'likable' when she run. What kind of fuckery is that? This is not fucking prom. It's not a popularity contest. It's choosing the person who can do a job well. And that job is being president of the country. Simple.
People who are LGBTQ+ could have changed the outcome of the 2016 election. That is a fact. But queer people decided not to vote. And some even voted for IMPOTUS (idiots!). But LGBTQ people who live in battleground states (PA, FL, WI, MI, etc) and who think their vote 'does not matter' need to do a reality check. Sixty percent of the population gets to decide who the president is and who is elected down the ballot . And we have all seen the effects of that 'my vote does not matter' mentality: we have an Adderall-addled, corrupt, malignant narcissist in the white house. By letting COVFEFE-19 get elected, people have done a tremendous disservice to the nation.
Cheeto's margin of victory in most of those key states was very small. If queer people had voted (and had voted mostly for Hillary, duh) Cheeto would not have been elected. We would not be in this fucking predicament. Most probably, the pandemic would not have killed more than two hundred thousand people in America, because a capable person would have been in charge. The seat left by RBG would not have been given to a bigoted zealot. The drunken rapist would not be in SCOTUS. And so on and so forth. I'm not here to tell you to vote for Biden and Harris because they are flawless and because they'll solve all of America's problems and clear your skin. I'm here to tell you to vote for them because they are the best people for the job. Just like Hillary was the best person for the job in 2016 and she lost because some people either casted 'protest votes' or voted for Jill fucking Stein. Or even worse, stayed home because their vote 'didn't count'. If votes didn't count the Repugs would not be so hellbent in suppressing them.
So if you are LGBTQ (or an Ally) make sure that your vote is counted. Make sure your voice is heard. Make sure you make the mistake of electing Twitler only once in your lifetime. Especially if you live in a battleground state, because you know the GOP is going to try to interfere with your vote. If you want to keep the immoral, corrupt, entitled, orange megalomaniac man-child in the White House, that's your prerogative. Just make sure you stay the fuck away from this blog, because I will forever badmouth you. There are very few things in this world that I despise more than an LGBTQ Rethuglyclown. Very, very few.

So make sure you make your vote count and that your voice is heard. Even if you don't live in traditional 'battleground' States. Vote Biden/Harris. And bring a friend or four with you!
JOEBIDEN
XOXO
Email Post
Labels: battleground states joe biden kamala harris politics presidential elections 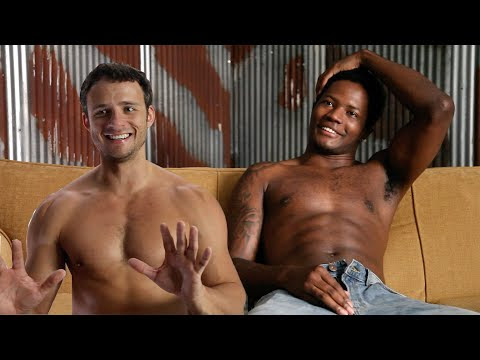