I’ll show you mine eight

Lately, I've been watching some people make the prettiest terrariums. And of course, I decided to make one because why not. The opportunity came with a walk. We were going to find some cupcakes at LikitySplit (if you are in Chi, you need to try their custard and their cupcakes!!) and I happened to notice the graffiti in one alley. Lo and behold, we ended up walking up the alleys, eating cupcakes and taking pics of the fantastic graffiti. Everything was going perfectly fine until I noticed a fish tank that somebody had thrown out. No, I do not want fish (I once had a Betta and when it died I was traumatized) but I thought it would make a great terrarium.

So we ended up carrying that fish tank (it's not big, maybe ten liters?? I have no idea) for blocks and it ended up in my car's trunk. I remembered all the terrariums I had seen people make on YouTube and decided it was time I had my own. I find it infinitely relaxing watching someone create a terrarium (they make fantastic stuff, that looks like they ripped a tiny piece of nature and put it in a glass container!) and I decided to give it twirl. I already have some air plants living in their own little environments, so adding more plants was a no brainer. I think it has to do with the pandemic and being home so much. 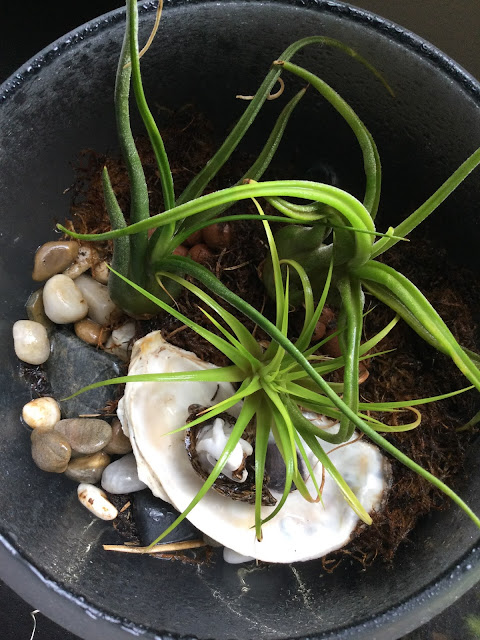 I already have some air plants in what could be considered a terrarium. I think I posted about them awhile ago. I love air plants. You spray them once or twice a week and give them a bath once a month and they thrive. They are difficult to kill and that's my kind of plant. 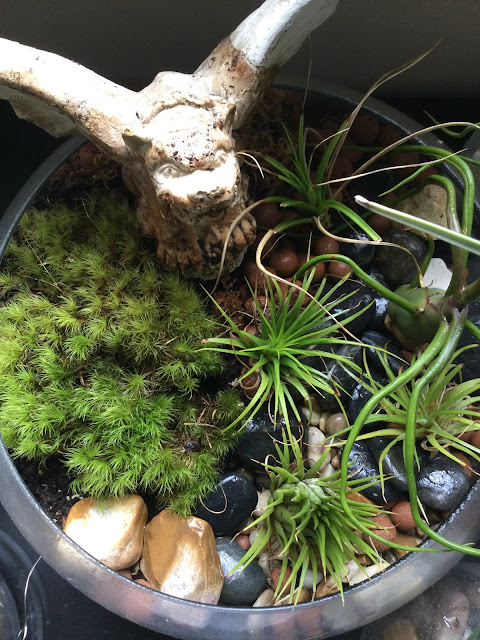 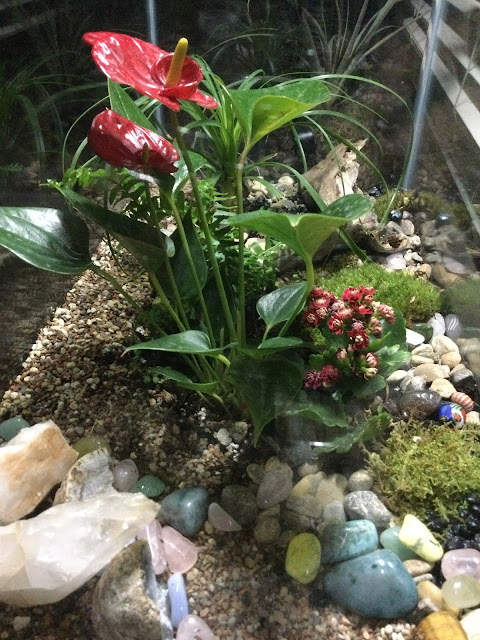 Now, this is what the fish tank ended up looking like. It's been planted for a while now and it seems to be doing fine. The pretty stones are from a trip to Arkansas. I wanted to dig up diamonds, but settled for these pretty rocks. Hey, I can compromise. 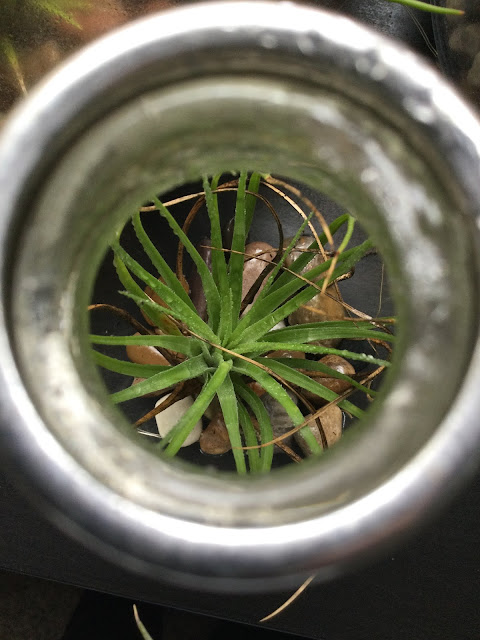 This little guy lives in what seems to be a big light bulb that I got at the Denver Art Museum. It was on clearance and I cannot resist clearances. I put that air plaint in there and then realized I cannot take it out. It's going to live there for a long time, I hope. 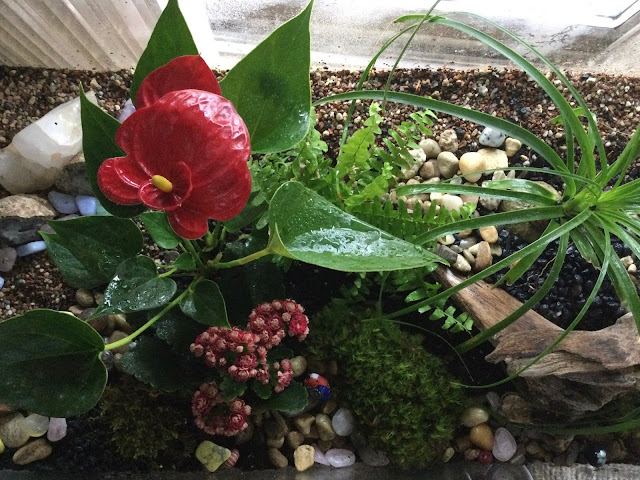 And this is the fisht tank (now terrarium) from the top. I feel it's like I have a tiny garden I can take of when the weather sucks. It's also super relaxing, taking care of it. I am nervous because I put in some moss I found outside in the woods and I fear it's going to fuck everything up. My one friend found a fantastic piece of wood at the beach and put it in his terrarium. One day he found out it had little bugs crawling all over and had to get rid of it and basically redo his terrarium. Fingers crossed i did not fuck it up. 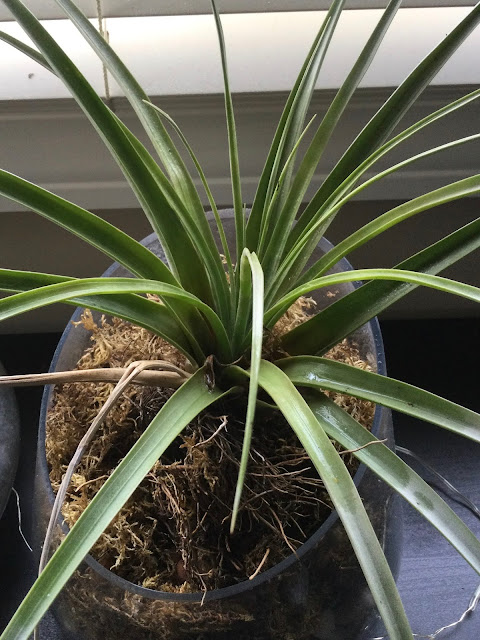 My ex's mom gave me this air plant. It's like seven inches tall. It used to live in a tree in her backyard, close to her pool. She lives in Hollywood, FL and these guys apparently just grow on trees. I've had it for about six or seven years. I cherish it. 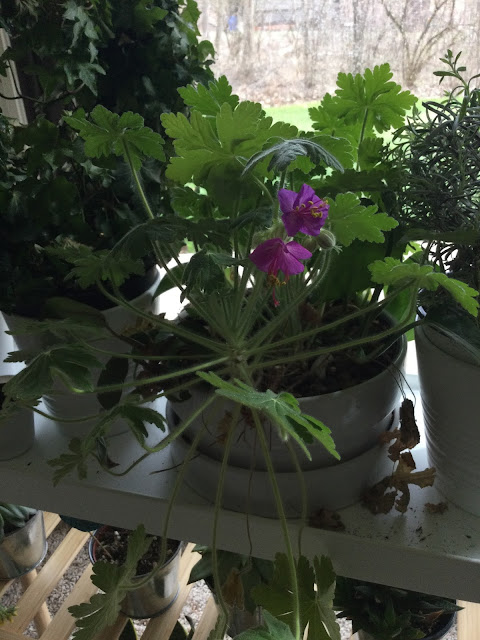 Now, this is part of my collection of indoor little plants. During winter (and during the pandemic) I gained like five or eight new plants. This one came with me from my last apartment. I grabbed one of the plants I had outside my door and put it in water. Then I stuck it in a container with several other orphan plants and now it's a mini garden and it's flowering! Yay spring! 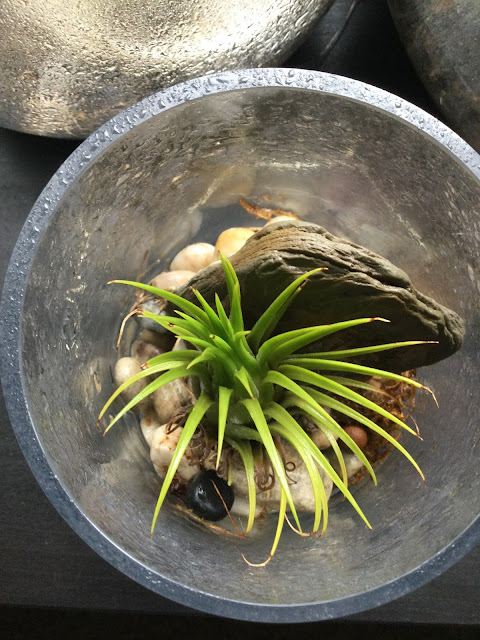 This is one more of the air plants. This one is also like six years old. They grow very slowly and are practically indestructible. They are the perfect plants for me because I can sometimes forget to water them and then they die. I've gotten better at it, though. What with all this time at home now. 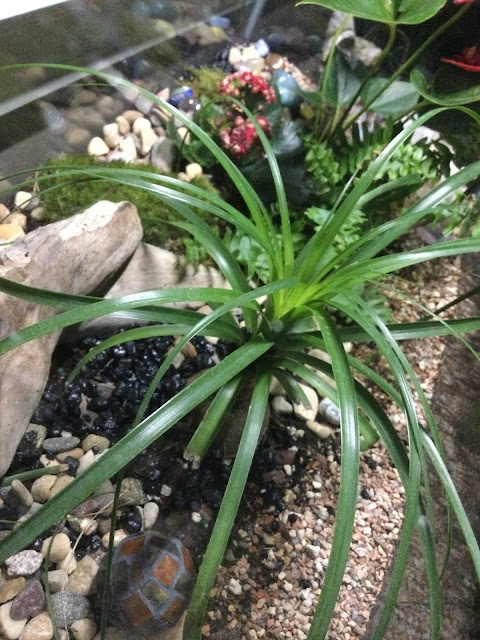 This is the other side of the fish tank that became a terrarium. It has three kinds of gravel and two kinds of rocks (I know, but it looks pretty!). It was a chore to find the plants because they all needed to be on the same page with watering and I know nothing about house plants. Thank goodness for google! These all seem to grow slowly and they're pretty. Win/win. That little glass ball was a gift. Somebody made it for me when they were taking glassmaking classes. 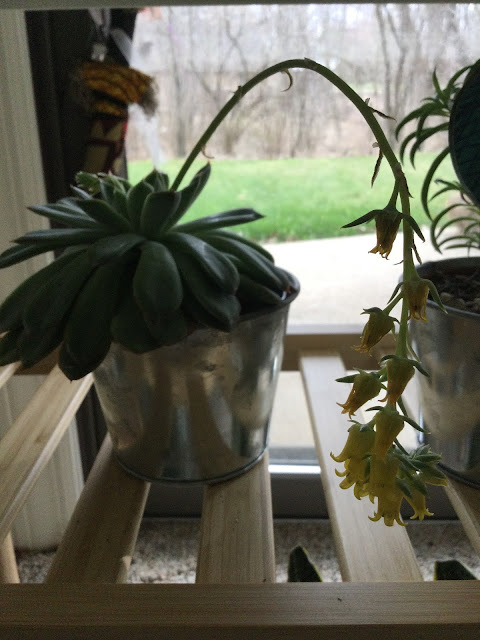 This last little guy was a total surprise. It's part of a quartet of cacti that I got at either Ikea or Trader Joe's about a year ago and that live in my plant corner now. They don't require water often, so I sometimes fail to see how they're doing. And then one day, voilà! This one had flowers. I had to take a pic and post it here because of course I had.
So this whole thing started with cupcakes and it ended with a tour of some of my plants. And I forgot to include two little moss terrariums I just made. Oh, well. Maybe some other time. And you, are you a #plantparent? You may end up with a terrarium, too!
XOXO
Email Post
Labels: FUN home decor plants 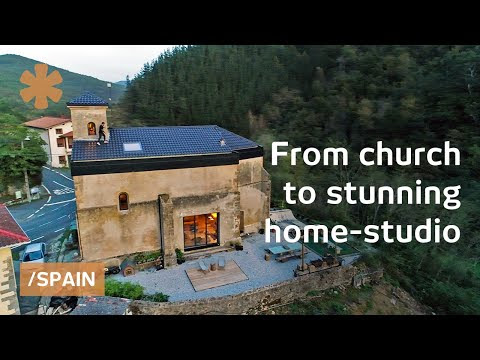