It's always fascinating to peek into other people's houses. And I know Galliano can be problematic, but he's a genius and this peek at his place is absolutely fascinating. You just know he'll bring it and of course, he does not disappoint. The way a designer's mind work is fantastic.
I agree with him that all those little objects we have found and that we have collected have great meaning for us, and given that it's our place and not somebody else's it makes sense to have them, right? Who the hell cares is we have a one hundred year old manikin in the backyard? I think that all the 'stuff' we have tells a story. A story that we have lived and that's what makes them valuable to us. Maddie posted about somebody who lost all of their possessions in a fire and I was wrecked just thinking about it.
I'm fascinated that this place used to be used by monks (leave it to Galliano to go and buy a XVII century French winery) and I really like what he's done with the place. Yeah, it sounds contradictory (you've seen my place and you know I don't have a ton of priceless 'objects'), but I positively love the statues used a centerpieces and that collage on the wall! I'm sure that somebody does the dusting, of course. I cannot see Galiano Swiffer in hand, but I can see many of those objects sparking an idea for a garment.
Also, we all have to remember that one man's trash is another man's treasure. I have a lot of stuff in my basement garden apartment that people may have had in their attics for years. I love those objects. They remind me of having fun in state sales, of afternoons spent crate digging, of rainy days in thrift stores looking for THAT one transistor radio from the fifties I knew I've seen a month before there. I move my objects around, I organize them in little tableaux by color, the works. I sometimes wonder what I was thinking when I bought them, but I still like them. They are my mementos and my inspiration. So, I loved his space. It's truly his and only his and it shows. It does not look painfully curated by an interior designer, ready to be Instagrammed, either. It looks like someone lives there and that those are his things. I have to give it to him, too, for having pets. I somehow didn't see him a as a pet parent. One never should judge a book by its cover and all that Jazz, right...?
XOXO
Email Post
Labels: gay men home decor house tours 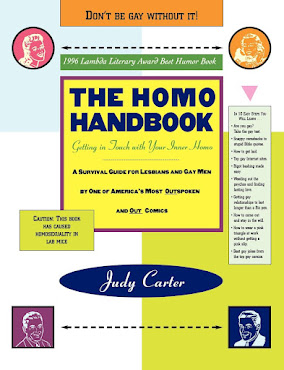