Adam Rippon is one of the most effortlessly funny people I've seen. Really. Ever since he became part of the national consciousness and came back with a bronze medal in the Olympics, he hasn't stopped gifting us with his seemingly effortless joie de vivre, as it can be seen in this video -part of his YouTube channel- with another sweetheart: Gus Kenworthy. Because that's what he has: he seems to be living his best life and it shows.

I really didn't know what he was going to do after winning that medal. I'm not a sports person (duh) but I imagined he'd become some kind of sports commentator or something of that sort. Well, he went on to win Dancing with the Stars -and being a great skater that really didn't come as a surprise- and has kept on going. If you have not seen his performances in DWTS, treat yourself to some of those and be amazed. He is a natural.

Now, Adam is coming out with a memoir of sorts, and I am ready for it. He's been a great sportsman (winning several medals before he won that bronze at the Olympics) and I want to know what he has to say about his coming out, about his training, about being gay in a competitive sport and about how to survive fame. Because being under the unforgiving eye of the public cannot be easy. Being 'famous' has destroyed more than one life -and career- and surviving in a world that's constantly looking for the next flavor should be exhausting.

But Adam is also witty and funny and I'm sure that'll translate into his memoir. Do I think he wrote it? Probably not. Most famous people writing their memoirs have a ghost writer. I want his insights, and all the tea that comes with being a professional athlete at that level. Also, I'm interested in his coming out and how that affected (if it did) his professional life. I'm sure it wasn't easy. In a sport like figure skating, where men are thought to be gay by default -we as a society suck- being gay I'm sure is not easy. Seems contradictory, right? But for all that I've read, it is really not.

So good luck to Adam with this new endeavor. I'm sure going to get my greedy hands on his memoir as soon as it hits shelves. And now, some beefcake. Because objectifying men is my daily chore. And seriously, that butt! 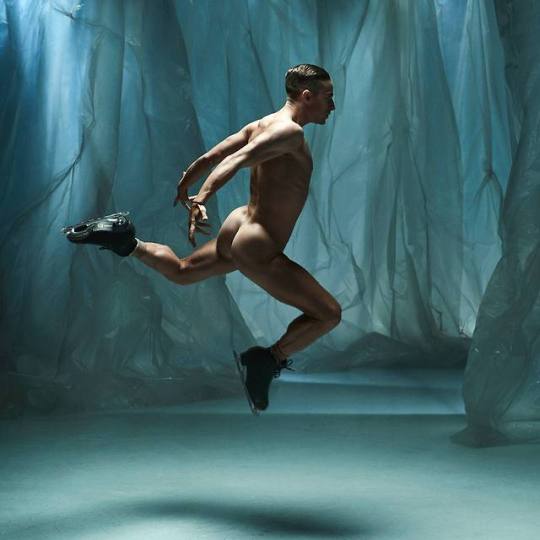