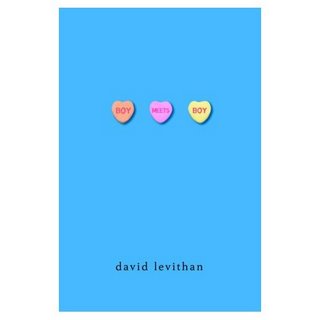 Well, I got to read that book I borrowed at last. I have not finished, mind you. But it's because I'm saving the other half for my trip back. It's awfully boring flying across the country. Even more when your flight companions are two big straight males (young-ish, but given that they are ten inches taller and about eighty pounds heavier, you could never tell)who spend the flight watching Entourage, drinking Bud Light, munching on tobacco (oh, yes, they did) and spitting in the empty beer cans while they play cards AND keep score in a little ratty notebook.

After writing that, I think it was not that boring. I was half-mesmerized by your novel and half-curious about these specimens. My inner ethnographer came up for breath. After all, it was a very different experience, being trapped in a big flying monster with two males of a species I'm not usually that close to. I'm telling you, even the way they smelled was different. The vibes (kind of aloof, but curious, very aware of my sitting next to them in a rolling stone t-shirt, skinny jeans and my studded cockrings wore as bracelets), the voices (deep, somehow gruff, with a littlt lilt to them), the topics they talked about (cards, women?, football -the first thing the one next to me did when we landed was flip out his phone and find out the scores of a game to later tell the rest of his posse about it?), their reading material (Stuff, with a half-naked chick in the cover), the wallpaper in the guy's computer (football players, in all their shoulder-padded, lycra-ed glory) and their clothes (frayed cargo shorts, flip-flops in one, sandals AND socks in the other, caps).

All that was kind of in a strong contrast with my reading (Boy Meets Boy) my music (Groove Armada) and most everything about me. That book was an even more detached reality than the one I was living with these two beings that could not have been more different and alien to me than I was for them. The book is really cool. Very, very smart and witty and painfully naive at times (something like you, babyboy, so I kind of thought of you being Paul-ish) and all I could think about was overexposed colors and first stubble and school cafeteria smells. The part I liked the best? When Noah goes to visit Paul to his house and lands there with flowers and a smile. Isn't that romantic? Not to mention that he can actually use words in a sentence that most boys would have to look up in Wikipedia. This is the kind of stuff that totally spoils you and then nobody measures up to the men in your head. That is maybe why the men next to me seemed so totally Neardenthal-ish. Fiction is sometimes better than fact. And for that I thank these binary codes, that allow that fiction to become real. Even if it is only in ones and zeroes. Talk to you, babyboy.
Email Post