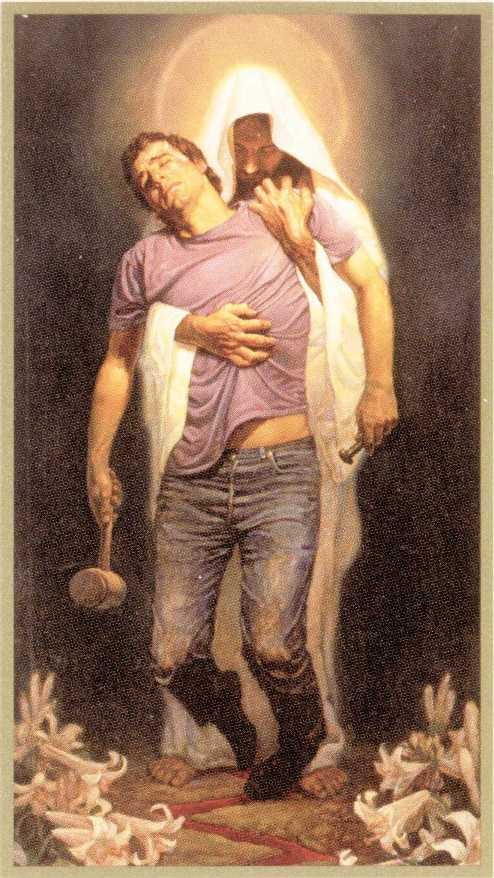 Damn!
Just when I was starting to go church again, these questions pop up in godisimaginary.com :

It is easy to prove to yourself that God is imaginary. The evidence is all around you. Here are 50 simple proofs:

1. Try praying
What would happen if we get down on our knees and pray to God in this way:


We pray sincerely, knowing that when God answers this completely heartfelt, unselfish, non-materialistic prayer, it will glorify God and help millions of people in remarkable ways.

Will anything happen? No. Of course not.

2. Statistically analyze prayer
How do we know that "answered prayers" are illusions? We simply perform scientific experiments. We ask a group of believers to pray for something and then we watch what happens. What we find, whenever we test the efficacy of prayer scientifically, is that prayer has zero effect:

If we perform scientific, double-blind tests on prayer, and if the prayers involve something concrete and measurable (for example, healing people with cancer), we know that there is zero effect from prayer. Every single "answered prayer" is nothing more than a coincidence. Both scientific experiments and your everyday observations of the world show this to be the case every single time.

3. Look at all historical gods
The belief in "god" seems to be ubiquitous through the ages.

We know, for example, that the ancient Egyptians believed in their gods so fervently that they built massive structures like the Great Pyramid -- still today one of the largest and most enduring human constructions ever created. Despite that fervor, however, we know with complete certainty today that the Egyptian gods were imaginary. We don't build pyramids anymore and we do not mummify our leaders.

More recently we know that tens of millions of Romans worshiped Zeus and his friends, and to them they built magnificent temples. The ruins of these temples are popular tourist attractions even today. Yet we know with complete certainty that these gods were imaginary because no one worships Zeus any more.

Much more recently, we know that the Aztec civilization believed in their gods so intensely that they constructed huge temples and pyramids. In addition, Aztecs were so zealous that they were sacrificing hundreds of human beings to their gods as recently as the 16th century. Despite the intensity, however, we know today that these gods were completely imaginary. The Aztecs were insane to be murdering people for their gods. Killing a person has no effect on rainfall or anything else. We all know that. If the Aztec gods were real, we would still be offering sacrifices to them.

Today's "God" is just as imaginary as were these historical gods. The fact that millions of people worship a god is meaningless.

The "God" and the "Jesus" that Christians worship today are actually amalgams formed out of ancient pagan gods. The idea of a "virgin birth", "burial in a rock tomb", "resurrection after 3 days" and "eating of body and drinking of blood" had nothing to do with Jesus. All of the rituals in Christianity are completely man-made. Christianity is a snow ball that rolled over a dozen pagan religions. As the snowball grew, it freely attached pagan rituals in order to be more palatable to converts

8. Think about Near Death Experiences

11. Notice that there is no scientific evidence

19. Notice that you ignore Jesus

22. Count all the people God wants to murder

23. Listen to the Doxology

24. Ask why religion causes so many problems

26. Notice that the Bible's author is not "all-knowing"

27. Think about life after death

28. Notice how many gods you reject

31. Understand that religion is superstition

32. Talk to a theologian

36. Realize that God is impossible

38. Contemplate the divorce rate among Christians

39. Realize that Jesus was a jerk

43. Realize that a "hidden God" is impossible

44. Think about a Christian housewife

48. Compare prayer to a lucky horseshoe

49. Look at who speaks for God

And they have just given me material for at least ten more posts. Yay!

BTW, don't you find that image of Jesus and a guy a little... too Mel Gibson's The Passion? Distrubingly S&M-ish? I do.
Email Post