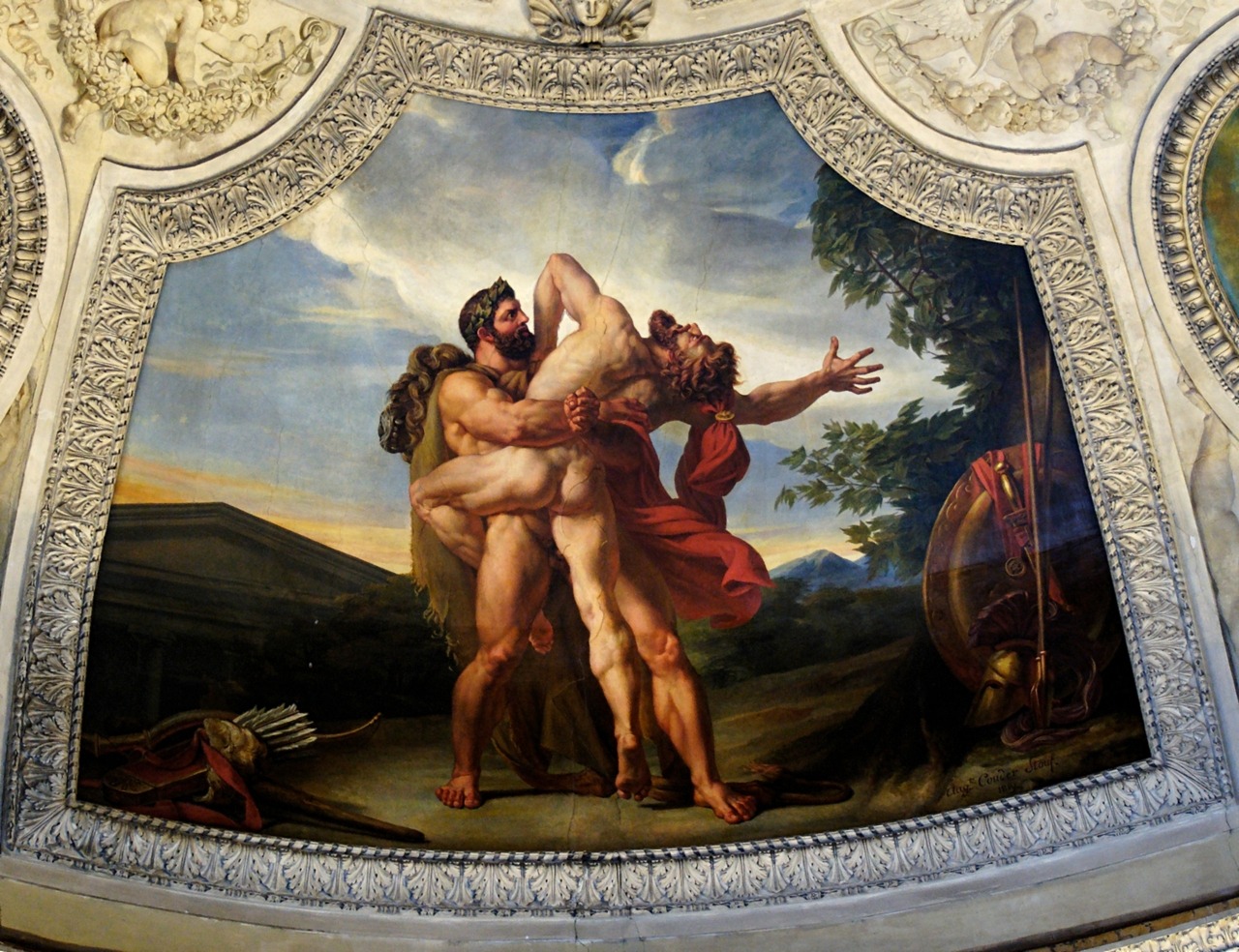 Louis-Charles-Auguste Couder, The Earth, or The Fight between Hercules and Antaeus, 1819