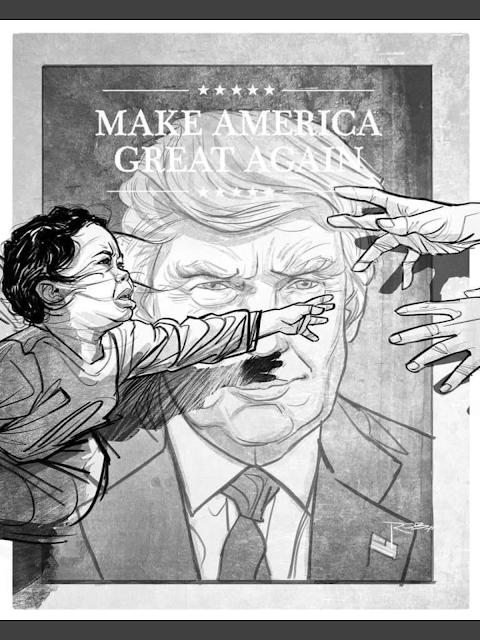 Ron Jacobs: “When innocent children are suffering, separated from two their parents, locked up, treated like animals, shoved in cages, and left in a state of fear and terror, you can’t help but speak up. I’m outraged by the current migrant situation in the USA right now. Inform yourself of what’s happening there right now and speak up! The American dream is dead. If we let history repeat itself and stay silent we are all complicit!" #keepfamiliestogether.

"Quit trying to make us feel teary-eyed for the children. Yes, I love children a great deal, but to me, it's up to the parents to do things rightfully and legally"

What some Trump supporters think of family separations at the border: https://t.co/xWTCHQsfFJ pic.twitter.com/AB9iptDL0S
— CNN (@CNN) June 20, 2018


Trumpanzees will never say it's inhuman to cage children. They will cling to the hope to keep their racist dream alive. Their white resentment will help them close their eyes to anything and everything that Twitler is doing and will do. Cheeto is gunning up for 2020. He will not relinquish power that easily. It's going to be ugly. This is an administration willing to do the unthinkable and treat immigrants worse than war prisoners just to score a few points with the racists and the xenophobes.

P.S. Here’s a list of organizations that are mobilizing to help the influx of immigrants crossing the Texas-Mexico border, help them if you can.
Email Post
Labels: Cheeto. racism concentration camps nazism