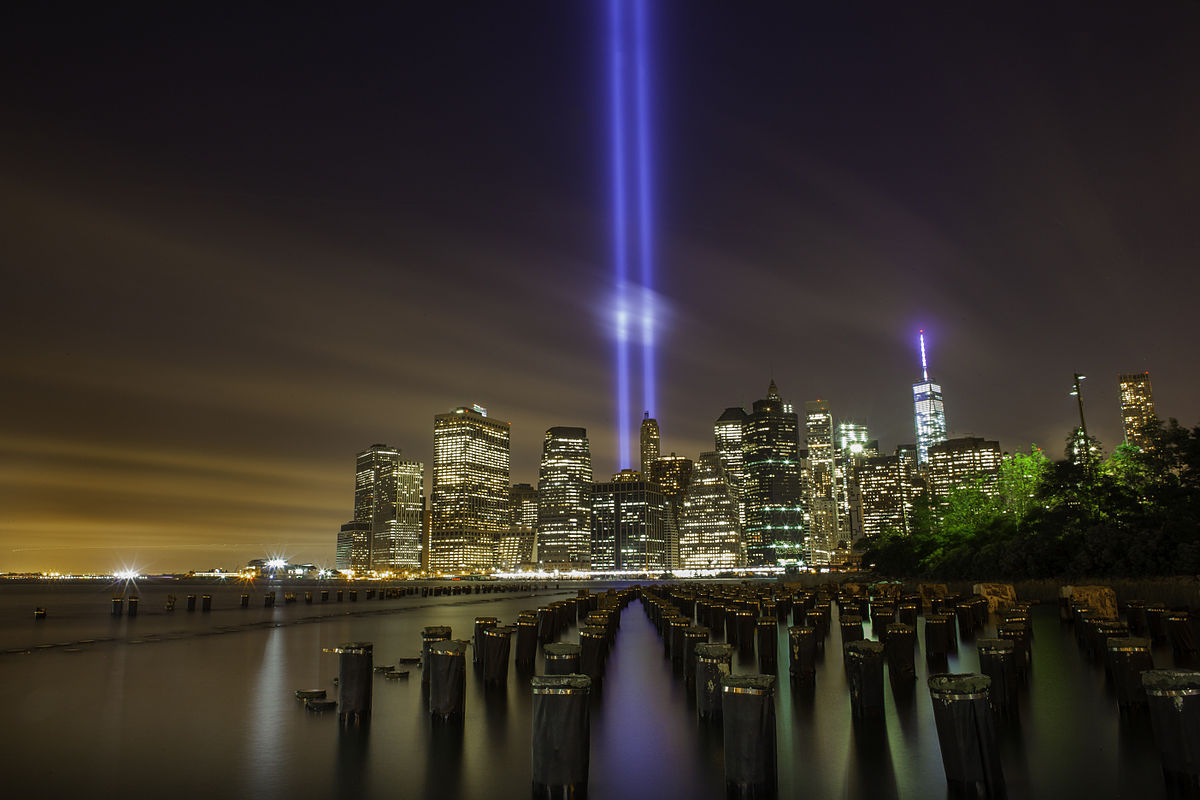 I was in class the day the planes flew into the twin towers. We crowded in one office with a tv used by the ESL program blasting the news of a plane crashing into a building. People could not explain what was going on. Somebody went to call the Department's Chair to see what she knew of this thing happening on tv. I thought it was a scene from a movie, a weird occurrence that had somehow gotten into the news by mistake. How sheltered I was.

But then the second plane hit and we were left dumbfounded and confused. What was happening? Was this for real? Why was it happening?  Then there was another plane. Was it Washington? Oh and then there was Pennsylvania. That's when it hit us. Then all classes were cancelled. We were to gather everything and leave the building. Apparently all tall buildings were supposed to be temporarily evacuated in Pittsburgh and we were at the Cathedral of Learning, the University of Pittsburgh's beloved landmark. We were supposed to leave then and there.

So we left. But there were no buses to take us back off campus. There were no cars on the street, really. The few cars we saw went by quickly. People wanted to get home as soon as possible. We started walking. It wasn't until we were beyond Squirrel Hill that we saw some public transportation. I got on a bus and just kept going. I had to go to the suburbs. I lived in Monroeville and it was a forty minute ride from campus.

When I got home he gave me the news: somebody had attacked the United States. I was in shock. And so was the country. How could this happen in the United States? Who were these people? And our lives were forever changed. Now there's machines that scan you without any concern for your intimacy. Strangers go over your underwear in a line at the airport. Paranoia showed its ugly head. Nothing has been the same since nine eleven. Nothing.

It was the end of an epoch. I went to the site where the towers used to stand a year or two ago. I went as a tourist, because my one friend came to visit from Europe and we did all the touristy things: get lost in the train, pay for expensive theater tickets, walk around Central Park at three in the afternoon on a Tuesday. All those things. We also went to the 9/11 memorial. It made me tear up. It was a hard pill to swallow. All those lives lost. A country forever changed. I'm thinking about that today.

P.S. in case you don't remember, The Turtle 'forgot' to implement funds for 9/11 victims and first responders. A fucking comedian had to shame lawmakers into doing something. That's the state of this country. The hatred is still there. The memories of the affected have all but disappeared.
Email Post
Labels: life musings