Thanks, but no, thanks. 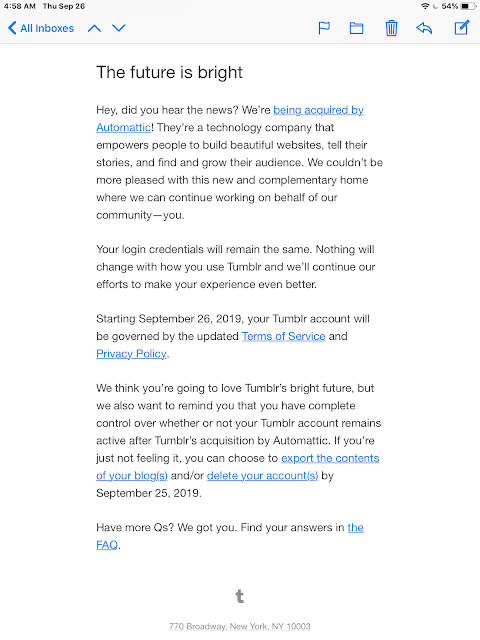 So, just like that lover who broke up with you when you least expected and kind of broke your heart, Tumblr wants to get together again. Yep. I got an email from the dear folks at Tumblr asking me to go back! As if nothing happened. Fools. I am perfectly fine here, thank you. Yeah, Tumblr, that used to be so hot, was recently sold (again) for three million dollars.

Three million dollars, you'd think. That's not chopped liver. You could buy a condo in New York for that money. Well, it is. Taking into account that Tumblr once sold for $1.1 billion dollars, it IS chopped liver. You see, Tumblr used to be a haven for queer illustrators, sex workers and educators, queer people in general and lovers of smut. And they they sanitized it. They scrubbed all the porn (or tried to) so it would be more palatable to the general public. They took away its mojo. And it didn't really work. Like a closeted gay republican, Tumblr is nothing without the sex. And now it was picked from the clearance bin to try and be something. Just like that old flame who left you and now wants to get together 'for old time's sake'.  So Tumblr, who accompanied so much of my journey a few years ago wants me back. And I don't want anything to do with it.

I'm not gonna listen because just like that old lover you thought you would never be completely over, is now just a memory. Also, because old habits are hard to kill, Tumblr now is still the same Tumblr that kicked me out because I posted too much smut. Yep. Nothing has changed. They are still going after smut. Read the small print. So, no. Hard pass.

Just out of curiosity, I searched my old tumblr archive (once online, forever online) and surprise, surprise, I got some of the thumbnails of the photos I used to reblog. Yeah, I used to post TONS of pictures of naked men. And articles, and gifs, and fanfic and everything that micro-blogging made so easy to do. 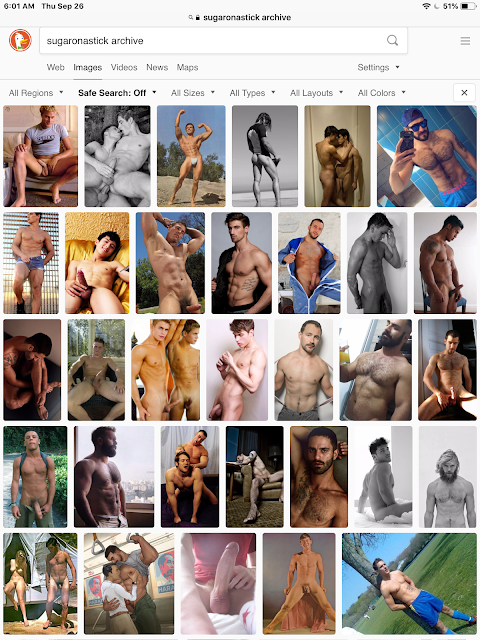 But I'm still there. Just not posting. SugarBiscuits, a joint project I had with BadBiscuits is still online. But it's like a pale version of Sugaronastick. It's a pale facsimile of my real thoughts, filtered by the collab I was doing with a fellow blogger. So yeah, it was me, but a tamed, normalized me. Just like Tumblr is a pale, normalized image of what it used to be.

So thank, Tumblr, but no, thanks. I'm fine here. With my keyboard and my weird ideas and my smutty outbursts. And you, Constant Reader. Because it's you I would miss more.