So yesterday was International Men's Day. I had no fucking idea. Did I need a Men's Day? That's the question I asked myself this morning when one friend (jokingly) sent me the image that I put here. I guess that I really don't need a day all for myself? But hey. 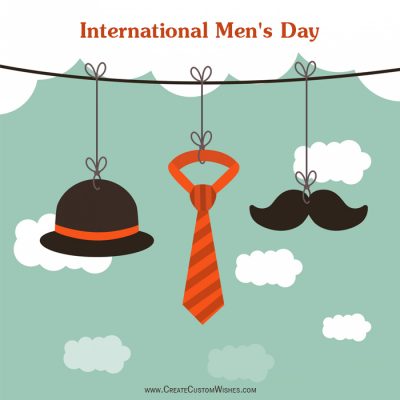 Apparently, it was created to improve gender relations and to create awareness concerning the importance of positive male role models (??). But Women's day is also celebrated, so what do I know? The thing is that I also saw many churches promoting the day and we all know the opinion I have of any celebration promoted by organized religion.

Cisgender men really don't need their own day. After all, there's apparently more than one hundred sixty ways to show off the privilege that comes with the territory of being male.  As a gay man, some of those really don't apply, but I don't think there's need to celebrate this day apart from having the opportunity to put some naked man in my blog. So here he is.

Colby Jansen. I think he kind of personifies a voracious sex drive that's unapologetically gay and male and his body kind of has got a great physicality to it that literally makes me salivate. I know. He may be what we conventionally call 'masculine' because he's buff and gruff and solid, but I think his performances always have a lot of humanity: in the middle of the smut, he's present and there's a softness and a hint of vulnerability there that makes him somehow appear approachable. He's the guy next door whom I'd love to climb like a tree. He may not have the 'perfect' body and face that the gaystapo demands, but he gets me hot. And that in my porn is essential.

Colby tops, Colby bottoms, he sucks dick, he eats ass, he pisses on people and gets pissed on, gets tied, ties people up and he does it all with gusto. He's taken on twinks and on Rocco Steele (*gasp*) and he's worked for big studios and small just for fans ventures. And I can say that's something I admire in a man: the capacity for enjoying everything that comes his way. That sense of not being inhibited and that willingness to try things that may not be considered standard or mainstream are basically what make s a man interesting IMHO.

And I have to say that I think that Colby may be a natural for this acting thing. After all, if you've been naked for the world to see, there's no reason not to feel comfortable in front of a camera. But he delivers. And that makes me happy. I hope there's more opportunities for Colby to show what he can do and that he's not only a sex object (a very handsome sex object, if we're gonna be picky) but also a good actor. Multidimensional. That's another good quality in a man.