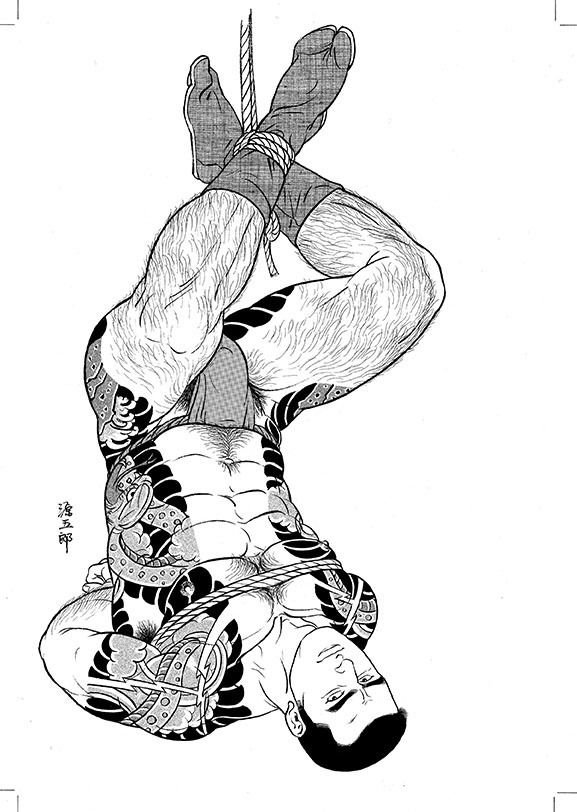 
Queer people love tattoos. We love wearing them on our fingers and feet, down our necks, and between our boobs. We love getting them in plant-filled studios and cozy living rooms. We love giving them to friends at the end of slumber parties, when the only glimmer of entertainment left is a pot of India ink, a needle or two, and the will to poke.


So yeah. Debra commented on the Boulet Brothers' post that she'd never let someone choose a tattoo for her and voila! this post was born. Talking about tattoos, I have several. I have six, actually. Most are always covered and some are mostly visible, and this is kind of the story behind them.


The first one is something like that first image from Gengoroh Tagame. What, you thought I'd take pics of my tattoos to show them off? Nope. Not ready for that yet. So you all get an approximate facsimile. Back to the Tagame. It's on my side and it's about 10 inches tall. The man who made it really went in on the details and I think he really liked the end result. It basically has some red and some blue and green. No more. The man's skin is my skin. The loincloth is red. The most vivid memory I have is how when he was tattooing the feet and the rope all I could think was that I felt every little prick in my nipple. It was the weirdest pain I've ever felt.  I know! The tattoo ends like three inches away from the nipple. But still. 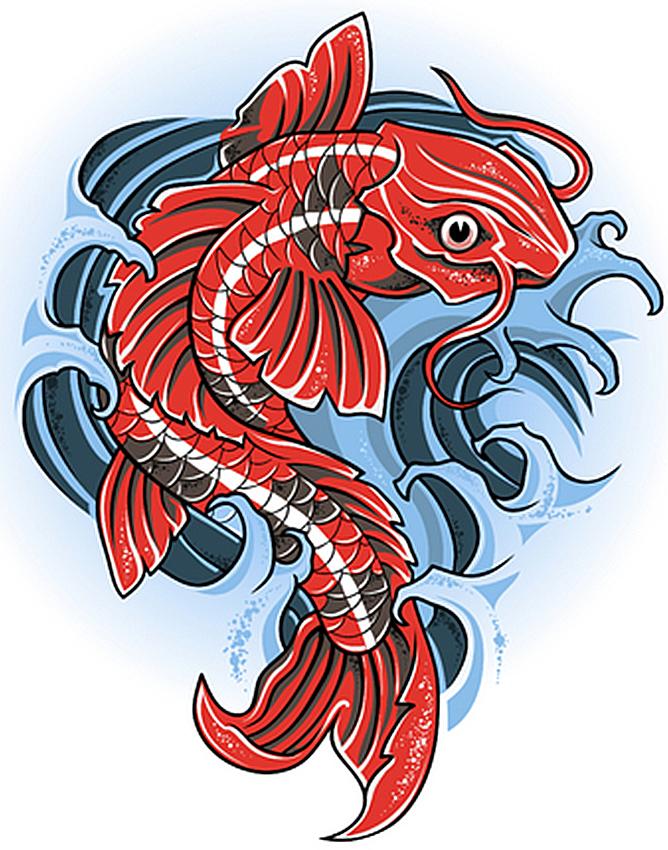 I also have a koi on one of my shoulders. My friend Amanda did that for me, along with the one I have in the other shoulder. Amanda is a very talented tattoo artist and she has done tattooing for years. She did my friend Abandon's tattoos too. I remember that to do my koi, she came to Pittsburgh one weekend and we holed up in a room, watching tv, smoking clover cigarettes and giggling while watching MTV. It took like four hours to get it just like she wanted. I love that tattoo. I love them all, but this one, of course has a special meaning for me, given that she designed it and executed it. It's pretty, too. 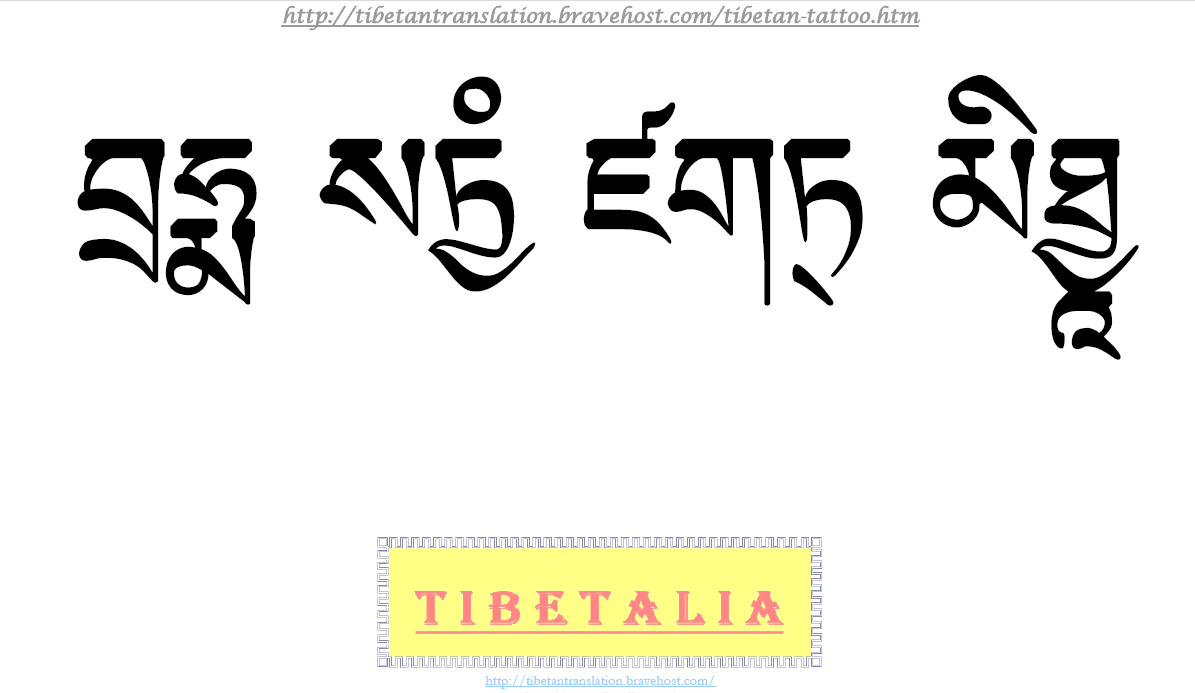 I have a small tattoo in the inside of my wrist in Tibetan script. It says Karma, because I do believe in cause and effect. Throughout my life, everything I have done, every decision I have made, every situation where I have not followed my instinct (or have not really thought things through), I have seen the consequences of that action thrown my way in ways that my life has changed radically based on that seemingly simple action. I also think that we do get some of the good (and not so good) that we put out there back. I know, funny. But it is not superstition, IMHO, it is observation. I don't tend to be superstitious. So I got this small tattoo in the inside of my wrist. It's barely two inches. I remember it hurt like tiny embers from a cigarette falling on my skin. And then it was done. Few people notice it. But I look at it every day.

Oh yeah. Sanskrit. It's the coolest language. Also, I thought I needed a mantra that I could use to give me time to think things over so Karma does not come back and bites me in the ass. When thinking about this tattoo, I decided I liked the idea of having something along my arm that would remind me to think before I opened my mouth and this came along. The idea of having tattooed something in Sanskrit came to be through a friend, who once gave me a tiny figurine of Shiva (I still have it) after we saw a huge statue of the god in a museum in Cleveland. I like this mantra because basically it says I only bow to the highest power. And we all know how that goes. On my other shoulder I have some hunk my friend Amanda kind of concocted from a composite of idealized male figures. I liked that idea of having men permanently etched on my skin. After all, I really like them.  This tattoo sits on my other shoulder and I think very few people have seen him. Short sleeve shirts usually cover most of the tattoos and only when I roll my sleeves up a little they show up. They are usually on full display when I go to the beach but by them I am wearing tiny square cuts, so there's little left to the imagination. I think those men are some kind of homoerotic memento that I enjoy having in me. 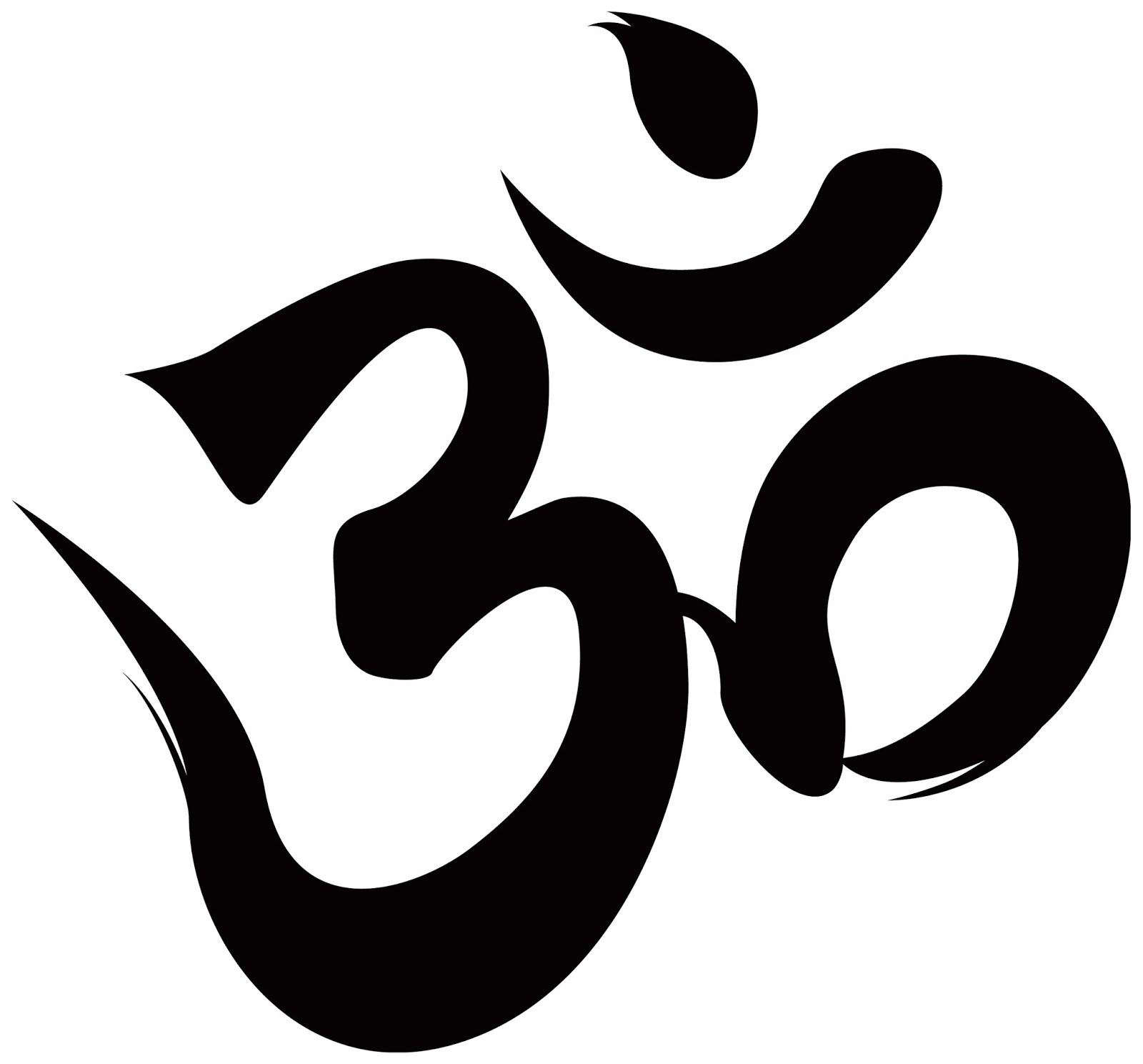 Oh, I was forgetting that on the nape of my neck, just at the top of my spine, I have a little Ohm tattooed. That's another one that goes unnoticed. it's small enough -about an inch and a half- to almost disappear and it's always covered by clothes. I guess you'd have to be looking at my back directly to see it. I got it in a whim, in a little tattoo store in Chicago one day when I was hanging around with friends and we dared each other to get a tattoo. Stupid things you do when you're with your friends hanging around on a Saturday afternoon and they have had two too many drinks. But I rather like it. I forget I have it because I obviously don't see it unless I see a reflection of my back, but I think that as a starter tattoo it was not bad. It's the sound of silence, after all.

So that's the story, morning glory, of my ink. I think that someday I'll get a sleeve to go down my shoulder to my elbow or even below. Probably on my left arm, because I'm a rightie. Yep, that's the kind of reasoning I do when thinking about tattoos. And all this because Debra said she would not let someone choose a tattoo for her. Come to think of it, neither would I.