@MILAJAM
I like non-binary folks. I think they're brave, interesting and absolutely fabulous. Stepping outside of the binary is not an easy feat. Many people get killed for doing just that, too. One of the first non-binary people I have had in my life is my friend Abandon. I've known them since college, when we used to raid the local Goodwill and the bookstores of Morgantown, WV in search of clothes and furniture and anything we could find to make our little one bedrooms (and ourselves) cute and cozy. Those were the times.
We have never really lost touch. We still talk from time to time (they moved to Seattle, and they are still in academia) and they keep me updated with the comings and going of their life and times via text. I wish we lived closer, though. Oh, we used to have a grand time together, feeding off each other's queerness and raising some hell. I can still remember how they, all of five feet four inches, took on a carful of fratboys who were screaming 'faggots!' at us from the street. Yeah. Good times. You don't mess with Abandon. 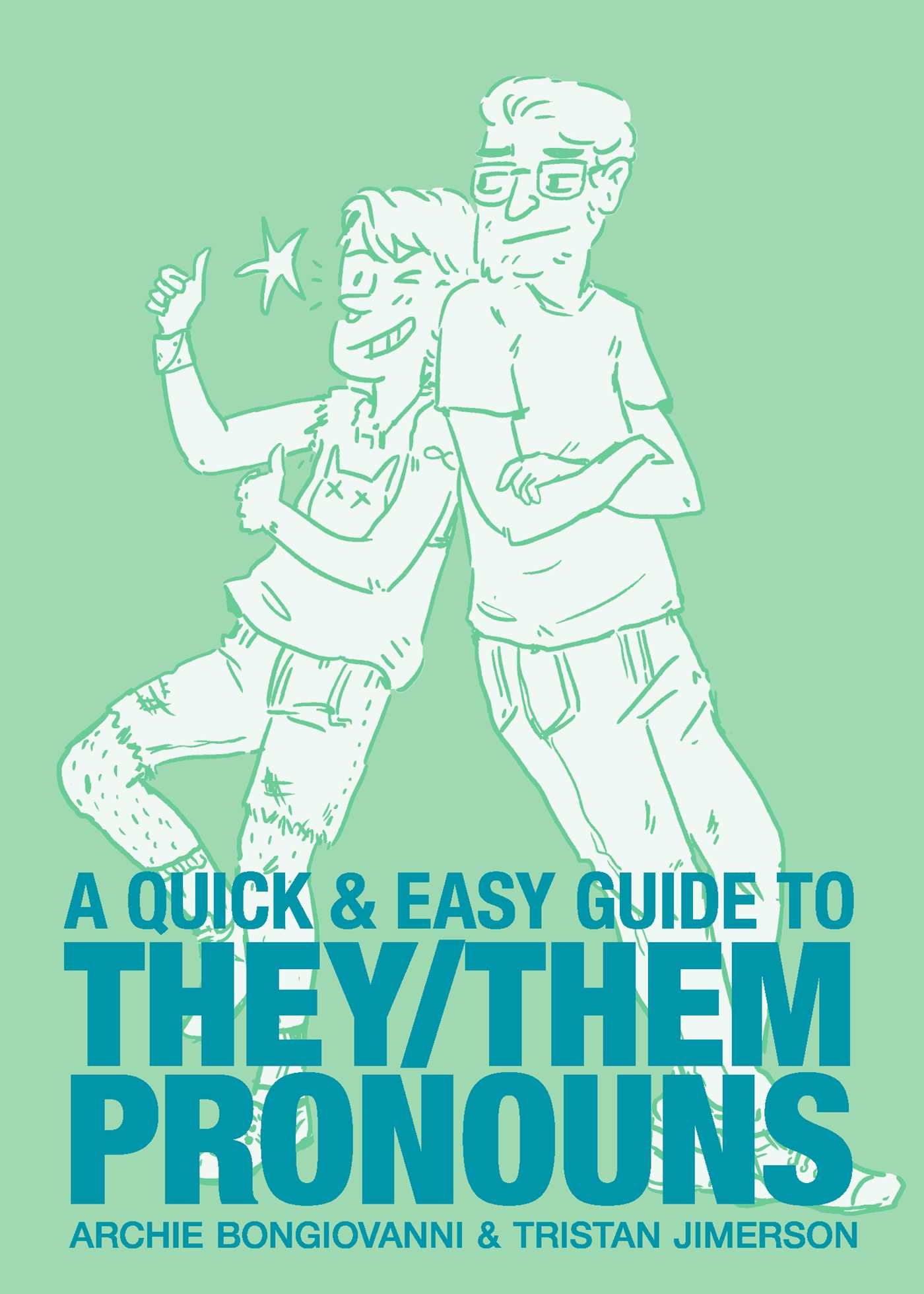 @ONIPRESS
I cannot really understand why is it that people find it so difficult to use other people's preferred pronouns. I don't even think it's that woke, to be honest. Is it the Grammar Police in them that bristles at the use of what's considered a third person plural for a singular subject, or is it just that the binary is so entrenched in our minds that deviating from it just a little causes stupor? I don't know. By the way, my pronouns are in my my work email. And I would do the same if I were a medical doctor, or a lawyer, and I wanted to be addressed by my title. A title or a pronoun help people address you. It's simple. It's a way to make sure people treat you the way you want to be treated or address you the way you want to be addressed.
It does take practice, though. But Merriam-Webster gives us an idea of the times to come:

Nonbinary they takes a plural verb, despite its singular referent, which can make the grammatically conservative uncomfortable. It's helpful to remember that the pronoun you was initially plural, which is why it too takes the plural verb even when it's referring to a single person. "You are" has, of course, been perfectly grammatical for centuries, even when the "you" is an individual.
The language's lack of an exclusive gender-neutral pronoun is a famous deficit, and they has been quite ably filling in for more than 600 years. Its use largely goes unnoticed in such constructions as "No one has to use it if they don't want to"—a use that has long been covered in our dictionaries—and it's quite possible that the nonbinary they is headed for a similarly unremarkable fate.

Overall, I find the idea of addressing people the way they want to be addressed is a sign of courtesy and a small price to pay to help someone feel comfortable in their own skin. Or at least that's what I have always thought. Meanwhile, why don't we enjoy Mila Jam covering this über-gay anthem by The Weather Girls?
Go ahead, I support you. P.S. this is one of those songs I'd love Upton to go over when he does the 'who did it better'.... Of course it'd be The Weather Girls, but wouldn't it be fun?
Email Post
Labels: LGBTQ artists music

BOYS ON THE SIDE

We Are The Ants