Billy Eichner and Joel Kim booster gave me two of the best rom coms I've seen this year. And probably in years. This weekend I went to see #Bros, the comedy Billy wrote and starred in. I have never really payed attention to Billy, to tell you the truth. I have seen him in Parks and Recreation and I think in Difficult People, but I've never watched his Billy on the Street (people tell me i't hilarious).
So when I went to see Bros, I was intrigued. I loved the idea of someone doing a gay rom com for a big movie studio. Remember  Fire Island was for Hulu. But in some aspects, this one was different to Fire Island (which I loved): this one made me go to a movie theater because it is not streaming, and the last time I was in a theater was to see Eternals and we were still in the pandemic. The pandemic fucked up my desire to go see movies in theaters but this one made me go. And now Billy is on my radar.
And I was not disappointed. Bros is a full-on rom com, with all the traps and quirks rom coms have (think When Harry Met Sally, Bridget Jones's Diary or You've Got Mail, which is referenced in Bros, but just have the rom com with two men) and it totally works. It's the old boy meets boy, boy bickers with boy, boy falls for boy routine. But at the same time, it is so much more than that: it's funny, it's touching, it's sexy and it's honest. And Billy and Seth make such a cute couple!
There are in-jokes (the gays will get them) laugh out jokes (everybody will get them), raunchy jokes (the best) and funny cameos galore (Debra Messing, Amy Schumer, Ben Stiller and others). There's serious conversations in funny settings and funny conversations in serious setting, there's Nora Ephron moments and Tom of Finland moments. Grindr jokes and family jokes. It's got the grand gesture at the end with the not-so usual three month and re-evaluate caveat. It's smart and it's fun. And sexy. Because life does not end if you don't look like a Bel Ami model.
It's a movie that was worth taking the L train, putting up with the Cubs fans and a crazy guy telling everybody he was fine and then paying the ticket to the old ArcLight theater (it's now an AMC and a movie is $15?). Bros is a movie worth watching. So, if you have time this week (you can do the $5 night in your local multiplex, natch) go see it. See it alone or better, go see it with friends. But go see it. I promise you'll have fun. And if you don't there's Seth McFarlane's abs to keep you happy...
XOXO
P.S. my fav moment? When Billy says that we as gay men have learned to take that post-coital high we get after a hookup with a guy we don't know (and probably will never see again) and keep the memory of it for as long as we can, to cobble it up with the awesome moments we have with friends and call it happiness... Truer words... 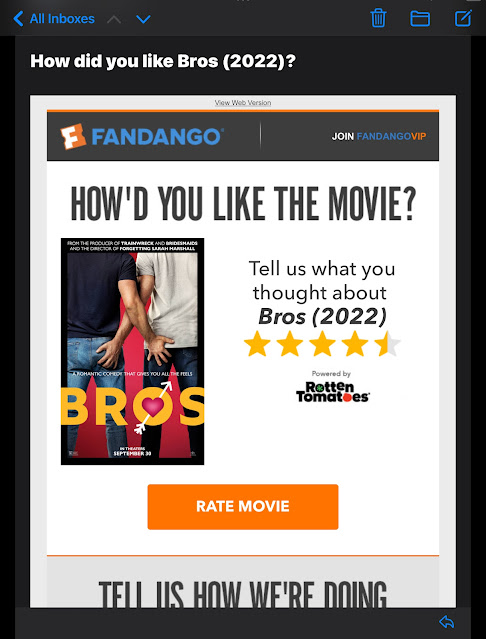 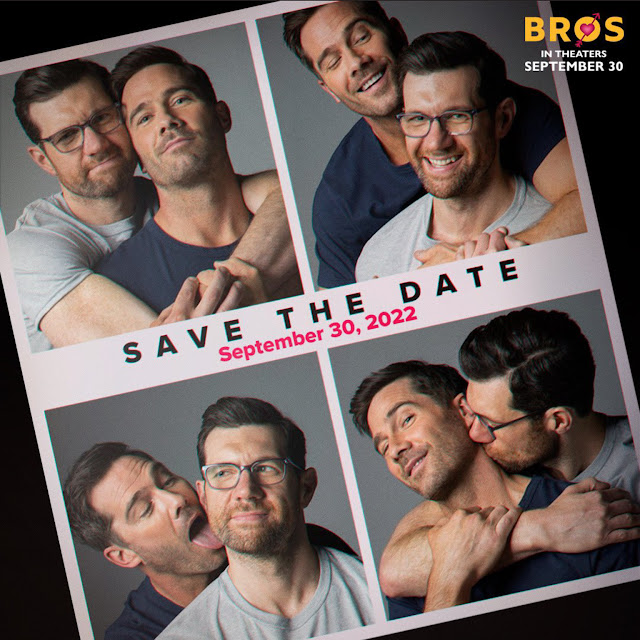 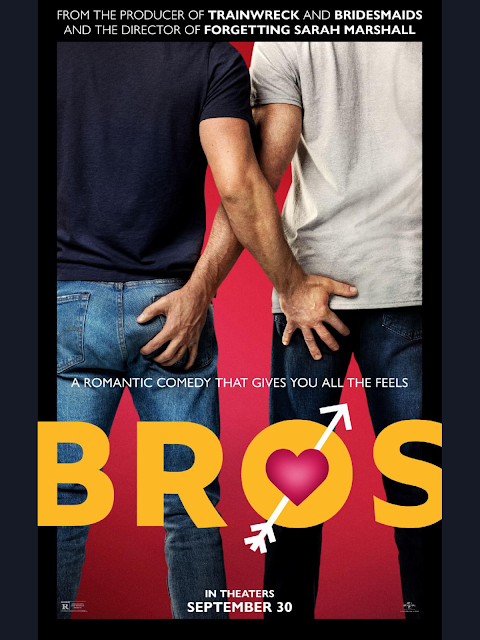 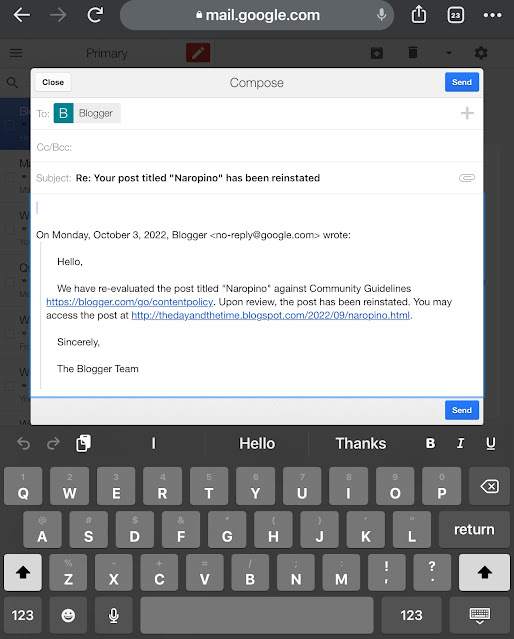 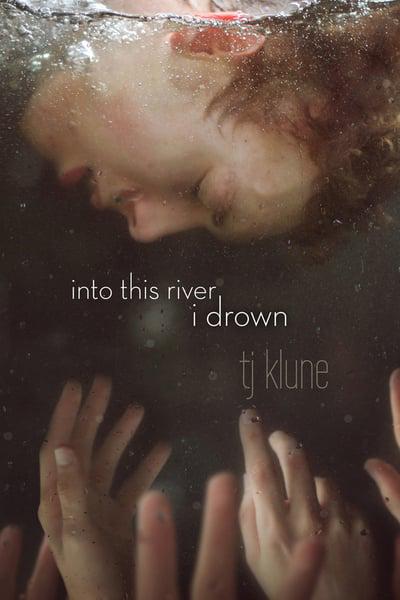